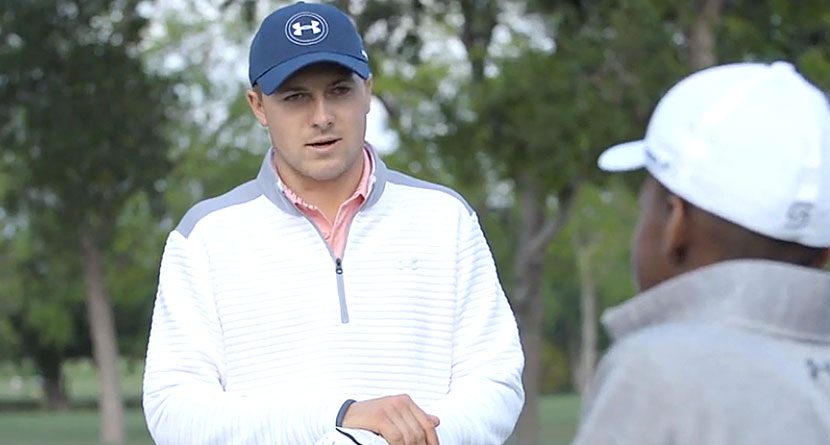 It wasn’t long ago that Jordan Spieth was on the receiving end of some tutelage from some elder statesmen of the game. Now, at 22 years old, Spieth has come full circle.

The two-time major champion, as part of Under Armour’s UA Next campaign, has taken social media star and aspiring pro golfer Matty Du Plessis under his wing. Spieth and Du Plessis talk about the mental and physical approach to the game and what young golfers need to concentrate on to become the best player they can.