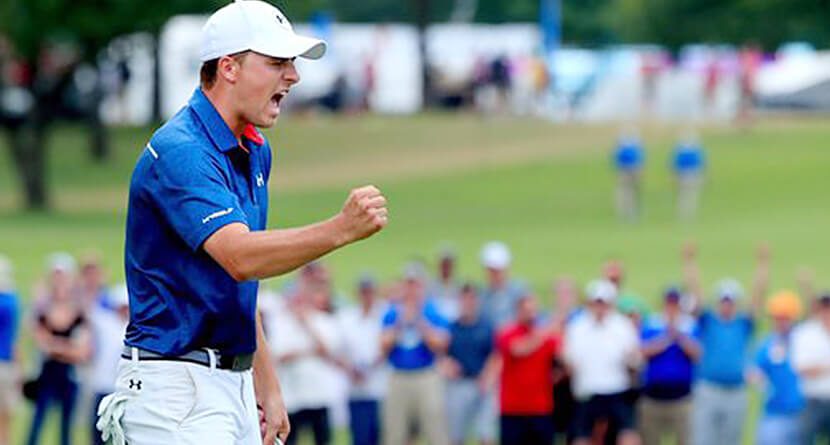 There were a lot of narratives working against Jordan Spieth heading into the final round at the Dean & Deluca Invitational on Sunday.

It had been seven years since a 54-hole leader lifted the trophy at Colonial; the former world no. 1 was playing with a broken swing and shattered confidence; and his trusty putter wasn’t dropping the putts that have become a staple.


And none of those even had anything to do with what happened at Augusta National a month and a half ago.

After nine holes of running on a treadmill, Spieth finally hit the ground and made some hay. Birdies on 10-12 and a flurry to finish lifted him to his second PGA Tour victory of the season and eighth of his career. From the bottom of Rae’s Creek, Spieth emerged and flourished. By the end of the day on Sunday, the Golden Child was wearing a different kind of blazer.

Not quite “Remember the Alamo,” but it worked all the same. https://t.co/LrQw7xpc0w pic.twitter.com/ruVMqatZBd

Spieth’s back-nine barrage cast a shadow over a tournament that was up for grabs for 70 holes. Harris English carded his best finish since the Farmers Insurance Open in February of 2015 and Ryan Palmer and Webb Simpson posted their first top-3 finishes this season.