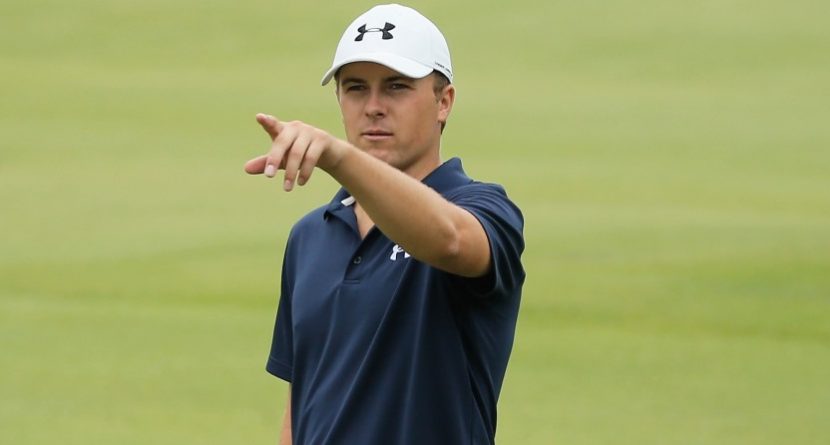 The electric Jordan Spieth was named the PGA Tour Rookie of the Year on Friday. Therefore, allow me to introduce myself as the Back9Network’s Unofficial Jordan Spieth Fan Club President.

There are many reasons why you should love this guy’s game – our own Jon Ackerman recently pointed out nine reasons – not the least of which being his absolutely stellar consistency and determination for a man of his age (20). Spieth began the 2013 PGA Tour season with no Tour status after turning pro last fall, but earned his card by winning the John Deere Classic as the youngest PGA Tour winner since 1931. In 23 starts, Spieth recorded nine top-10 finishes on Tour, finished seventh in the FedExCup standings, and was the youngest player to compete in the Tour Championship. And he was a captain’s pick for the U.S. Presidents Cup team.

The last time we saw an American golfer start out this hot was for a guy who eventually won 14 majors and nearly 80 PGA tournaments, and who won 2013 Player of the Year honors.

Why am I even more impressed with Jordan Spieth? Allow me to share a story with you.

While attending the BMW Championship earlier in the month, I was standing near the players’ locker room (you know, the one Henrik Stenson dismantled during his final round) when a young man attempted to pass the security guard by the media/players’ entrance.

“Excuse me sir, you can’t get through here,” the guard said sternly.

“Um… I’m playing golf today,” Jordan Spieth responded. The guard apologized profusely, to which Spieth graciously smiled and reassured the embarrassed volunteer that no offense was taken. Maturity, humility and a stellar golf game? Watch out for this guy, folks.

Let’s just say that following today, nobody is going to make that same mistake twice.

Congratulations, Jordan. You deserve it.