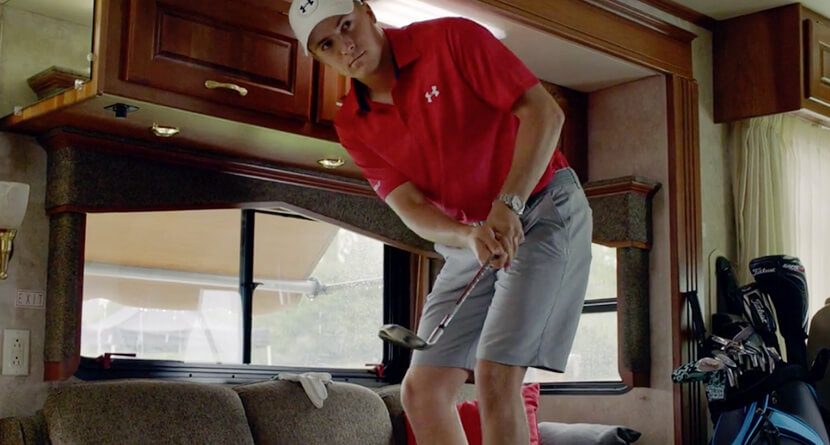 Jordan Spieth and Tiger Woods have been inextricably linked over the past few years due to their golfing prowess, but with this new commercial from Coca-Cola, Spieth is being compared to Woods in the marketing game as well.

It rained on the set of our latest commercial, and it was the perfect time for @JordanSpieth to work on trick shots.https://t.co/vZNfRcDTK9

Debuting during the first round of the U.S. Open, Spieth might have been able to use a little of the trickeration he learned on set inside the Oakmont Clubhouse.


Oh, and as if we needed another connection between Spieth and Woods, there’s this…