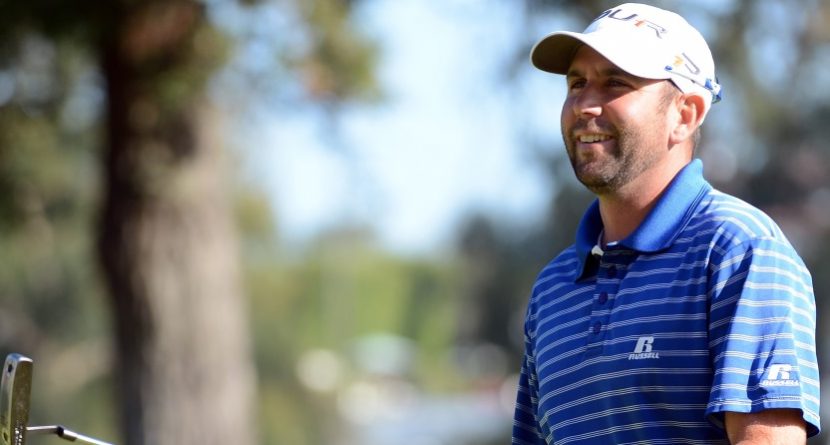 Two months remain until the PGA Tour’s most popular tournament, the Waste Management Phoenix Open at TPC Scottsdale. It’s annually the best-attended event, and the 16th hole is always a side show. The par 3 is surrounded by bleachers filled with rowdy fans.

Caddie races have always been the highlight of the hole, but no so anymore. Over the summer, the PGA Tour banned caddie races.

But they will always live on in the memories of those who witnessed some of the greatest ones – and/or in Instagram posts from golfers poking fun at their caddie’s misfortune.

Josh Teater played TPC Scottsdale on Sunday, and when he reached the 16th hole, he handed his phone to a friend to record Teater’s attempt at impersonating his caddie, Charles Gibson.

We weren’t aware of the particular race that Teater was reenacting, but the man himself provided us with the video Monday evening:

For those of you who may not understand the “Wesley Snipes” reference, here you go:

Such a shame that the caddies are no longer allowed a claim to fame.