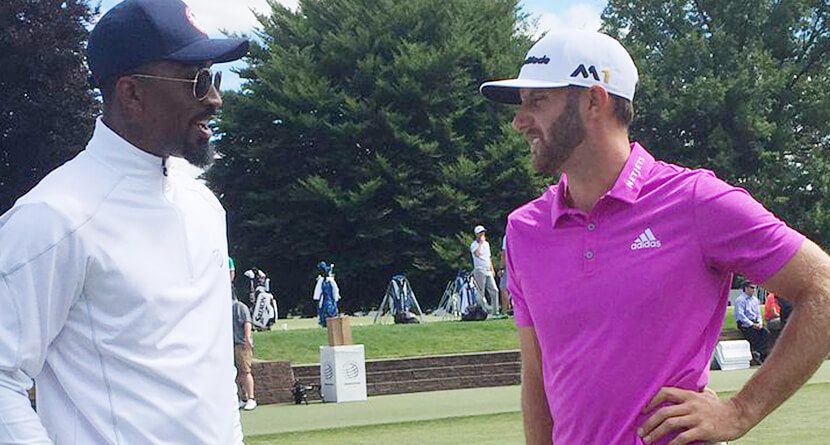 Fresh off his team’s first NBA title, J.R. has been making the rounds mostly shirtless, even dropping by his local golf club to get some swipes in on the range.

Today he was shirtless on a golf course pic.twitter.com/tM0vChGgXD


On Wednesday in Akron, Swish moved along the WGC-Bridgestone Invitational range properly attired and ready to mingle with some of the game’s best players.

From one Cavs fans to another pic.twitter.com/Zm7CHYLAy1

An @NBA champion studies the swing of a U.S. Open champion. ⛳️https://t.co/F0kI7TbAIm

Eventually Smith, a 13 handicap, stopped watching and started playing, ripping a drive — with DJ’s driver, no less — down the Firestone range.

.@TheRealJRSmith decided to put on a shirt and hit the range using @DJohnsonPGA‘s driver. https://t.co/57tAauj5b6