Juli Inkster To Return In 2017 As Solheim Cup Captain 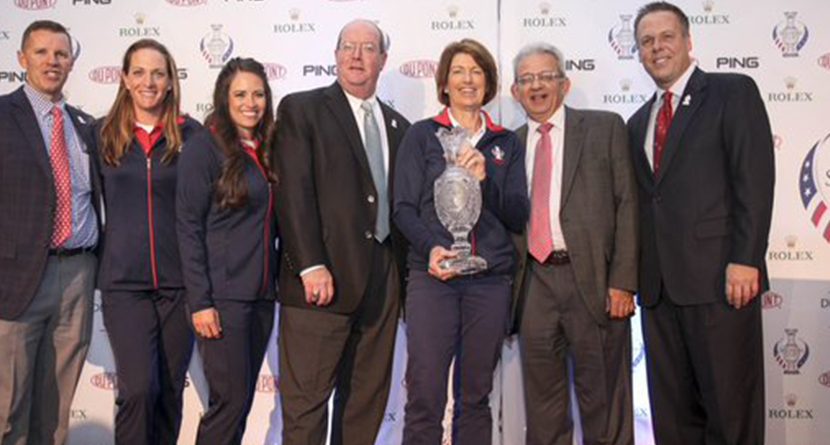 There was no task force needed for the LPGA to reappoint Juli Inkster as the 2017 United States Solheim Captain on Friday. Not quite three months removed from the American’s record-breaking comeback in Germany, the seven-time major champion was rewarded as the fourth two-term U.S. captain in the 25-year history of the event.

“So many people have asked ‘would you do it again?’” Inkster said at her introductory press conference. “I have had a lo t of exciting and memorable highlights during my time on Tour but leading that team of 12 women was one of the biggest thrills of my entire golf career. So the answer was easy. And I wanted to have this announced as soon as I could because keeping a secret isn’t one of my strengths.

“I’m thrilled by the challenge of defending the Cup on home soil next summer and can’t wait to put on a show in Des Moines.”

The 2017 matches will take place on American soil at the Des Moines Golf and Country Club, August 18-20.