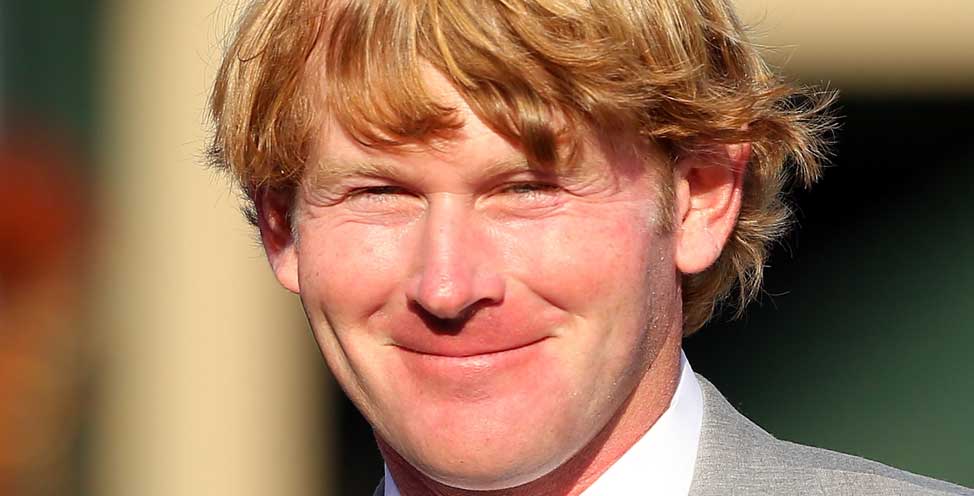 Brandt Snedeker is the single hottest golfer on the planet right now. Since his Tour Championship win last September en route to claiming the PGA Tour’s FedEx Cup and its $10 million bounty, the Vanderbilt product has been a man possessed — by amazing golf. In five starts this season, the man known as Sneds has finished outside of the top three just once, runner-up twice and a winner last weekend at the AT&T Pebble Beach National Pro-Am.

Maybe it’s about time to get to know Brandt Snedeker. Here are five facts about him.

Snedeker says his favorite movie is “Anchorman.” While it’s unclear who his favorite member of the Channel 4 Action News team is, there’s a sense of irony in that choice.

As the U.S. Golf Association and R&A were contemplating a ban on the anchored stroke, Snedeker, one of the world’s best putters, came out in favor of the ban.

Since his favorite golfer is Payne Stewart, maybe Snedeker’s appreciation for golf history isn’t hard to understand. In 2007, Snedeker went so far with it that he took USA TODAY up on an offer to play an entire round with persimmon woods (remember those?) and equipment from the 1980s.

After winning last year’s Tour Championship to win $10 million, Snedeker was asked a few weeks later what he would do with the eight-figure bump in his checking account.

His answer? Not much.

“I’m not going to splurge on anything,” he said. “It is not going to affect me one way or the other. I know it sounds crazy, but it’s really not.”

4. A piece of his history is going to disappear

Snedeker turned pro in 2004, not too long after making the cut and finishing T-41 at the Masters. Augusta National is his favorite golf course.

The Tennessee native earned his way into the TUAO (Tradition Unlike Any Other) by winning the prior year’s U.S. Amateur Public Links championship. The U.S. Golf Association announced Monday the event would cease to be played after 2014.

Guess who caddied for Snedeker in his Masters debut in 2004? His brother, Haymes.

5. He does all things fast

The Vanderbilt product loves to play quickly. He also talks quickly. The strange thing about the latter is that he should know better. He was a communications major in college. Nevertheless, he is the most decorated player in the program’s history. He was inducted in the school’s athletic Hall of Fame in 2009.