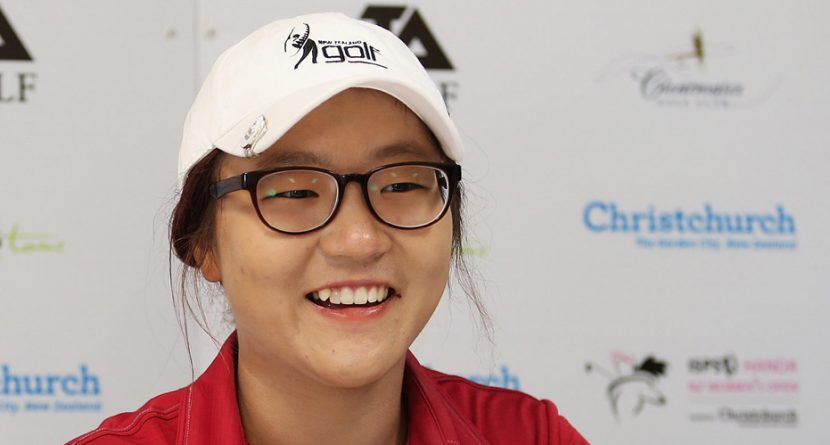 What were you doing when you were 15? Itching to get your driver’s license? Having your first real boyfriend or girlfriend?

Lydia Ko is winning golf tournaments. A lot of golf tournaments. And not against high-school kids. On Sunday, Ko won her third professional tournament in the last 13 months, taking the ISPS Handa New Zealand Women’s Open in her native country. With the win, she became the youngest winner on Ladies European Tour history, months after setting the youth benchmark on the LPGA Tour with a win in the Canadian Women’s Open. She became the youngest winner of a professional golf event on jan. 29, 2012, when she won the Women’s New South Wales Open.

And, oh yeah, she is the defending U.S. Women’s Amateur champion.

Needless to say, Ko is a name you’ll want to know for years to come. Get in on the ground floor with these five facts.

Ko is Korean by birth, but calls New Zealand home. She moved with her family when she was four years old. In New Zealand is where Ko really took up the game. She was in the finals of the New Zealand National Amateur Golf Championship in 2009 – the same year she took Kiwi citizenship.

It might seem natural for a teenager with as much success against the pros as Ko has enjoyed to want to turn pro and cash in immediately. But that’s not the case for Lyds. She plans to finish school in her native Auckland before attending college in the United States.

Where would she go to college? Well, she visited Stanford in 2011, where Tiger Woods and Michelle Wie both attended. She has said she wants to be a Cardinal.

After Ko won the U.S. Women’s Amateur last summer, she was happy because she would meet So Ji-sub, her favorite Korean movie star. She said it would make her the “most happiest” after being crowned the winner of a 112-year-old event.

The teen wasn’t shoved into the game by her parents. In fact, neither of them play the sport. Rather, it was her aunt, Insook Hyon, that introduced her to the sport when she was five years old.

“Everyone gets surprised because neither one of my parents play golf,” she said after winning the 2012 U.S. Women’s Amateur. “[M]y aunt and uncle really love golf, and we visited them, and she gave me two clubs. Like people think when they don’t know who my dad is, they think he’s my coach. Here they think my mom’s a genius in golf. But, no, none of them play golf.”

Ko’s mom travels with her. Her dad never does.

Don’t be surprised; you probably do it, too. Ko admitted to it, however, during last year’s Canadian Women’s Open.

She explained: “I mean New Zealand isn’t the biggest country ever, and I’m getting a lot of support. I mean, for the U.S. Open I was shooting 3‑under, 215, and then kind of made double bogey and then triple. So I lost six shots on the last three holes. I searched out my name and saw the media, and it says Lydia bails out at the last three holes. Lydia does something. I was like I better not do that anymore. It was like, oh, that was quite an impact. I guess every shot counts.”

And, oh yeah, Ko retweeted us on Sunday.