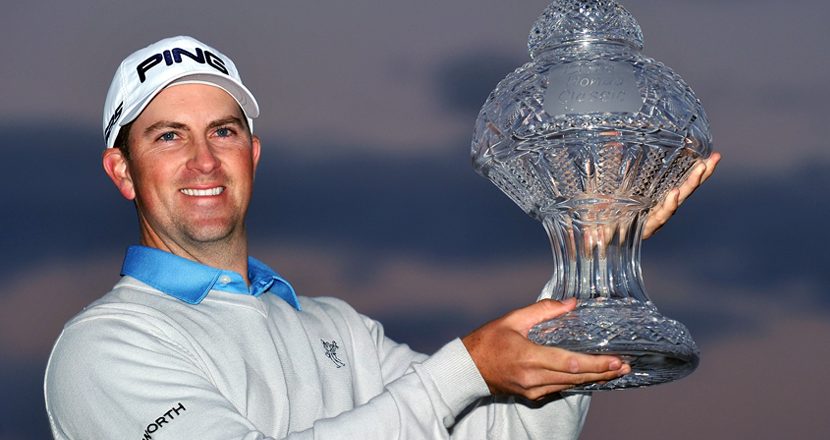 With his first career win this past weekend at the Honda Classic, Michael Thompson will have the opportunity to play at The Masters next month. It will be his first trip back to Augusta since 2008 when he failed to make the cut. But, who is this guy? With the slew of young talent starting to take over the Tour, Thompson is the most recent relatively unknown newcomer to outshoot the big guys.

But here are some things you may not know about Michael Thompson:

I’m not sure he started from the same bottom that Drake refers to but, Thompson certainly has dealt with his most recent adversity pretty well. Just two weeks ago at the Northern Trust Open, he finished dead last with an atrocious 16-over in his opening two rounds. Perhaps Mr. McIlroy should have a chat with Thompson about how to act when you’re not playing well. In an interview with the New York Times, Thompson said, “The Northern Trust was a good thing in my life,” Thompson said. “It allowed me to focus on what I needed to do to play like I did this week.”

After leaving his hometown of Birmingham, Alabama to start his collegiate career at Tulane University, Thompson and the rest of the golf team was forced to disband after Hurricane Katrina devastated the area. Perhaps it was a blessing in disguise because upon transferring to the University of Alabama, Thompson was named the 2008 SEC Player of the Year. After losing to Colt Knost in the 2007 U.S. Amateur, Thompson was invited to both The Masters and the U.S. Open in 2008. He missed the cut at The Masters but, he was the low amateur at the 2008 U.S. Open and finished second in the event in 2012.

A Different type of “Eagle.”

Nowadays, Thompson’s livelihood depends on his ability to make some eagles on the golf course. But during his high school years he actually attained the rank of Eagle Scout in the Boy Scouts of America. I, personally, have no idea what that entails but I’m pretty sure it’s a difficult title to achieve. Perhaps Thompson is a sharp a shooter with his bow and arrow as he is with his short irons.

He Loves his Mom:

Speaking as a true mama’s boy, I can understand the reasoning behind why Thompson pays tribute to his mother. Apparently his mother has been collecting quarters since 1985 so, Thompson marks his ball with quarters to pay homage to his mother’s tradition. As someone who is borderline psychotically superstitious, I definitely respect this move.