Justin Leonard: Can You Hear Me Now? 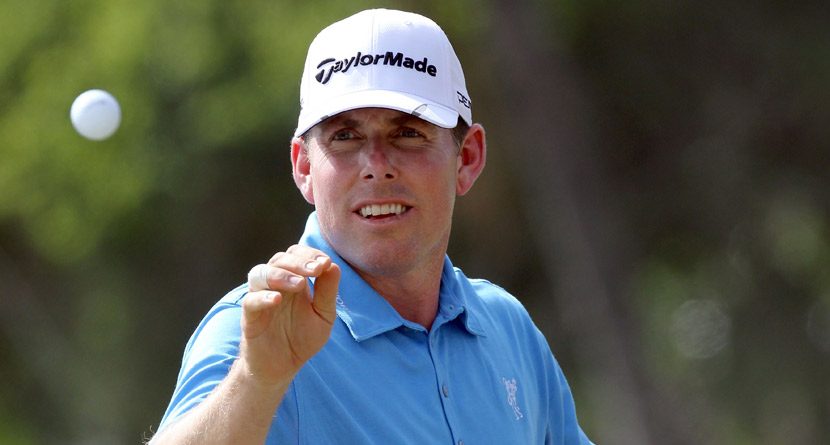 Cell phones can be some of the most distracting objects on the golf course. Few things are worse than standing on the tee, ready to hit a drive, when your playing partner’s phone rings. Cue the shanked tee shot, because it’s likely to happen.

Professional golfers are sure to have better concentration than average golfers, and that’s definitely the case with Justin Leonard. He also has a great sense of humor… and a lot of patience. During his practice round on Monday, Leonard’s tee shot was interrupted by a volunteer’s ringing cell phone.

Leonard reacted in an unexpected way, and it was great:

The only thing funnier than Leonard’s reaction is the fact that the volunteer was holding a quiet sign.