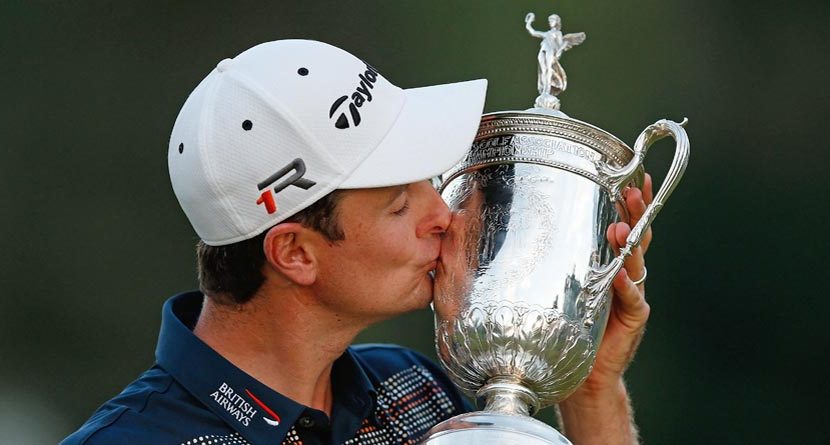 Be sure to check back every week as the experts at The Linemakers provide odds and analysis of the latest golf tournaments and the athletes competing in them.

Fan favorite Phil Mickelson went into the final round with a one-shot lead, but made two double bogeys on the front nine and two bad bogeys on the back nine.

Phil also eagled No. 10 by holing out from the rough, but he finished two shots back with a final-round 74. This was the sixth time Mickelson finished second at the U.S. Open, and it may have been his last shot to win our national championship – Sunday was his 43rd birthday,.

Give Rose all the credit for his poise down the stretch and his play all week long – he was the only player in the field not to shoot a round higher than 71 during the tournament.

The real winner last week, though, was Merion Golf Club. After all the speculation that the short course would not be able to stand up to today’s best players, the winner shot 1-over par for the week. It was the third time in the last four years that the U.S. Open winner failed to break par.

The PGA Tour moves this week to The Travelers Championship at TPC River Highlands in Cromwell, Conn.

Aussie Marc Leishman is the defending champion. He shot a final-round 62 last year to get the win over Charley Hoffman, who bogeyed the final two holes.

Rose will play this week, along with seven others in the top 25 of the world golf rankings.

This can be a tricky little golf course, so let’s take a look at some guys who have had success here in the past.

JASON DUFNER (20-1). Dufner is the one guy we are looking at who does not have past success here. He has not played this event since 2008, but shot a final-round 67 last week and has proven that when he gets hot, he can stay hot.

RYAN MOORE (40-1). Moore is another guy who likes this golf course, tying for second twice and tying for fourth in seven starts here. He has made the cut six of the seven years he has entered.

For our matchup play, we’re going to use Dufner (+105) over Hunter Mahan. Mahan may be a little deflated after failing to convert many chances to win during last Sunday’s final round.

While the week following the U.S. Open may be somewhat of a letdown for golf fans, this is a fun event on a beautiful course where pros can post low numbers.

Next week is the AT&T National at Congressional, where Tiger Woods is expected to compete. Until then, good luck and enjoy.

Keegan Bradley EVEN vs. Webb Simpson -120