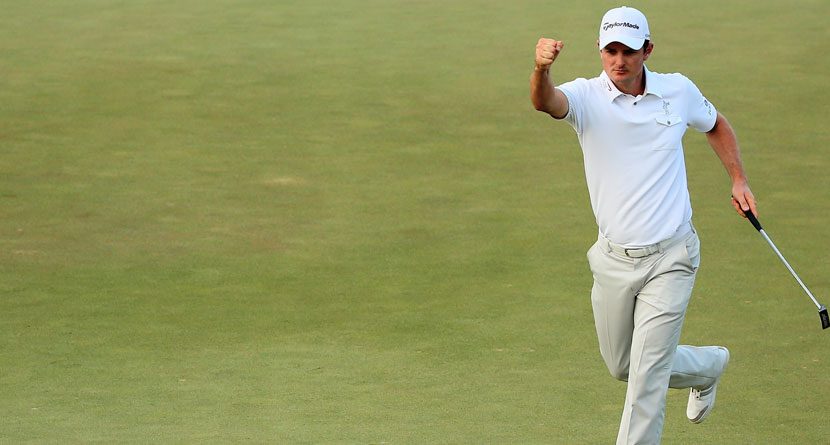 Payne Stewart tributes were abound at the 114th U.S. Open at Pinehurst as the championship returned to the place where the golf legend won it in 1999. Rickie Fowler paid tribute to the three-time major champion by wearing a pair of knickers, Stewart’s iconic outfit, during the first round.

Hundreds of fans took photos next to the statue of Stewart, but none were as powerful as his daughter Christina’s photo.

On Sunday, we saw one final tribute on the course when 2013 U.S. Open champion Justin Rose made birdie on the 18th hole. After sinking his birdie putt, Rose made the same pose Stewart did on the same hole.

These memorable moments during the U.S. Open show how beloved Stewart was among golfers and fans everywhere.