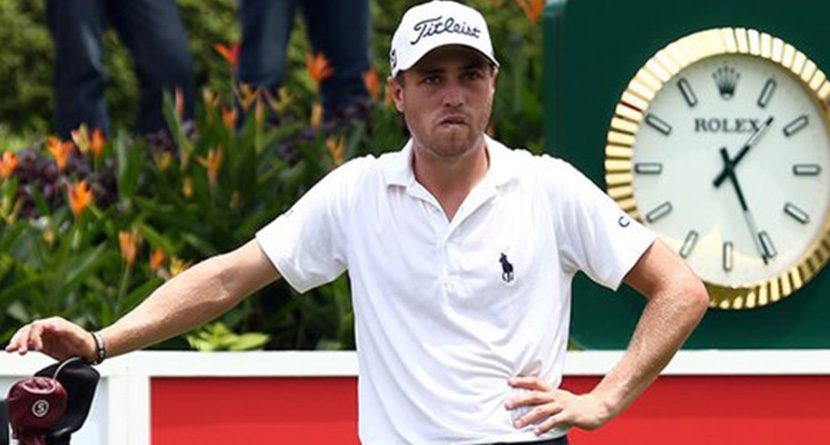 The PGA Tour is in the midst of its two-tournament Asia Swing this week in Kuala Lumpur for the CIMB Classic. A strong field has made its way to Malaysia including top-20 players Henrik Stenson, Sergio Garcia, Hideki Matsuyama, Adam Scott and Patrick Reed.

The tournament’s 285 strength of field rating puts this largely overlooked event on similar footing as events such as the AT&T Pebble Beach Pro-Am and Travelers Championship. For comparison’s sake, the CIMB has a stronger field at Kuala Lumpur Golf & Country Club than events such as Greenbrier, FedEx St. Jude and the Quicken Loans National.

The biggest storyline to emerge from the first two days of golf — which airs in primetime in the US a day earlier — is 36-hole leader Justin Thomas bringing 59 into play on Friday. “Jordan Speith’s good buddy” made nine birdies and an eagle in his quest to reach the rarified air of sub-60.

Thomas’ 61 ties his lowest score on Tour, although the 11-under round is two better in relation to par than his 61 at the par-70 Sony Open earlier this year. Thomas (-15) holds a one-stroke lead over second-place Brendan Steele and a trio of players at 13-under par.

Also making news is Scott Brown who just keeps hitting holes-in-one. The Augusta native hit fourth ace in the last year and a half on Thursday and brings to mind another guy who has his irons dialed in. Brown is currently tied for 45th.

Scott Brown made an ace in each of the previous two TOUR seasons. He didn't waste any time in 2015-16. #QuickHits https://t.co/tfYV3IIBrs

Here’s your leaderboard. Third-round play gets underway on Friday night just before 8 p.m. EST and the broadcast begins at 10:30 p.m. on Golf Channel.