Kangaroo: A Masters Champions Dinner Unlike Any Other? 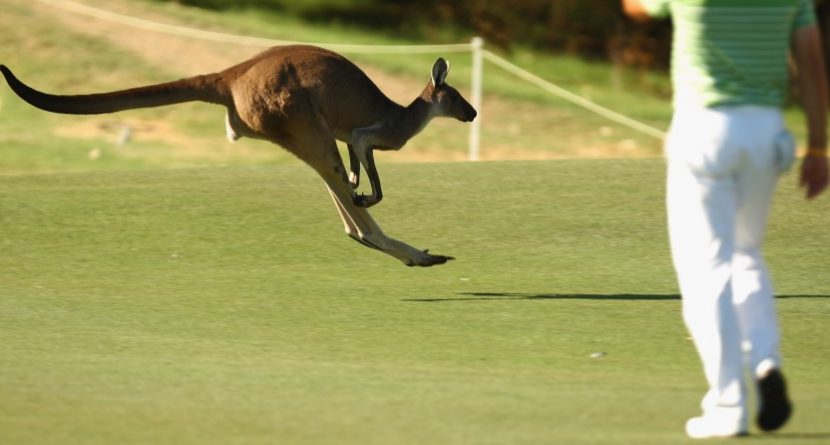 Seven weeks remain until the Masters and the first golf major of 2014. So naturally, people want to know what defending champion Adam Scott will serve at the Champions Dinner, which takes place on the Tuesday night prior to the tournament.

“I’d like to serve something that everyone will really enjoy and nothing too crazy so that they won’t,” Scott said. That’s kind of him. Past winners haven’t always been as compassionate. After all, haggis (a pudding containing sheep’s heart, liver and lungs) and bobotie (an egg-and-meat pie) have been on past menus.

Yet Scott does want to keep with tradition and serve up something with his homeland’s flair.

“But probably no surprise to anyone,” Scott continued, “there’s definitely going to be an Australian theme toward every part. Whether that means they are eating kangaroo, I’m not sure yet, but we’ll see.”

Considering Scott is the first Australian to win the Masters, it’s safe to assume kangaroo would be making its debut on a Champions Dinner menu. He might as well serve Vegemite and Tim Tams while he’s at it.

We wonder how that would be received. Would that Aussie meal join the ranks of best or worst Masters Champions Dinners?

Related Links: Past Champions Dinners | Video: Meal For A Champion