Keegan Bradley a Team Player on Course and Back Home 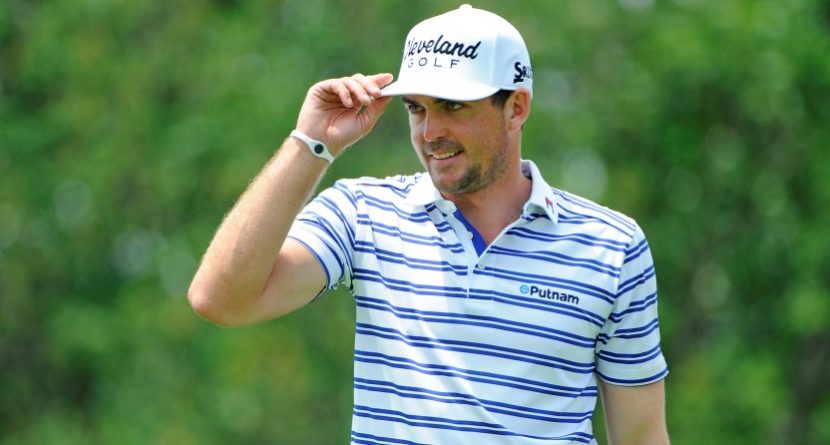 If there were ever a vote asking golfers who desired more team events, Keegan Bradley’s hand would probably be the first to shoot up. At the 2012 Ryder Cup, the team-format rookie notched an impressive 3-1 record and displayed so much passion that U.S. team captains would be hard-pressed not to include him for future events.

But until the 27-year-old’s play on the PGA Tour declines, they won’t have any choice because he’ll rightfully earn his spot on the roster. Bradley qualified as the No. 6 American for the 2013 Presidents Cup, which tees off Friday against the International Team at Muirfield Village Golf Club in Dublin, Ohio.

He’ll be a “rookie” yet again because he’s never before appeared in the Presidents Cup – which pits the U.S. against the best players from anywhere but Europe – but considering his strong Ryder Cup showing, much is expected of Bradley. Last year, he paired with Phil Mickelson to win two foursomes matches and a four-ball match. Their second foursome victory – 7&6 over Lee Westwood and Luke Donald – tied the record for largest margin of victory in an alternate-shot match.

Bradley’s passion for team events likely stems from his childhood in New England. There’s not a pro golfer out there who reps harder for pro sports teams; Bradley’s are the Boston squads (Red Sox, Bruins, Celtics and Patriots).

But it started in Woodstock, Vt., the small town in which Bradley grew up. The town may be small (population: 3,000) but a large sense of community has stuck with him well into his professional career.

Last month, in the midst of the FedExCup playoffs, he went back home to give back to that community. The second annual Keegan Bradley Charity Golf Classic took place at The Woodstock Inn & Resort, and all proceeds from the tournament went to the Pediatric Cancer Research Foundation, which earmarked that money for the Vermont Cancer Center and the Vermont Children’s Hospital at Fletcher Allen.