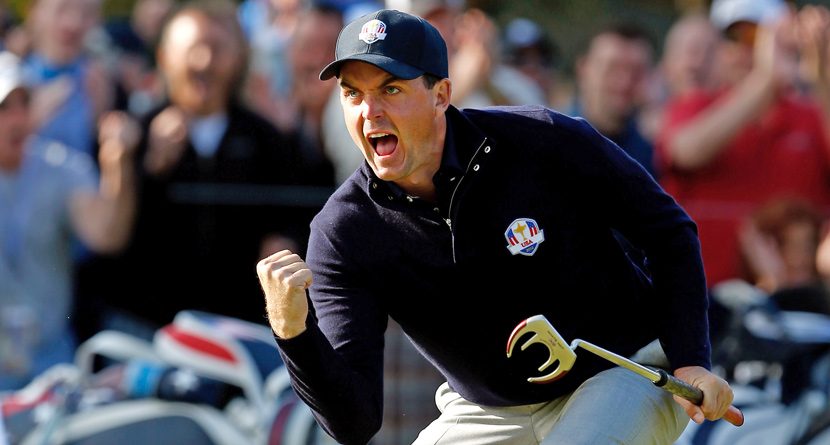 The first shot in what could be a hilarious back-and-forth Twitter war between Keegan Bradley and Jason Dufner has officially been fired. Bradley hit first, landing this blow on Dufner:

With the BCS National Championship game set for Jan. 6, golf and football fans have plenty of time to punch and jab and needle each other about the big game between Dufner’s alma mater, Auburn, and Florida State.

On a side note, the game also includes another unique tie to the golf world with Jack Nicklaus’ grandson Nick O’Leary playing tight end for FSU.