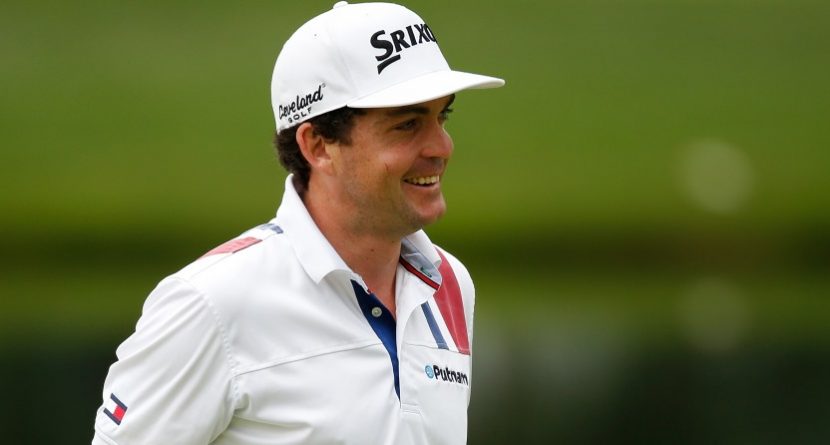 If you thought Baba Booey had his fun and moved on from your favorite golf tournaments, sorry, he’s still making his presence known. And as long as Keegan Bradley is on tour, that will always be the case.

Bradley is a well-known proponent of the real Baba Booey – the nickname for the executive producer of the Howard Stern radio show, of which Bradley is a huge fan – and thus, a wholehearted supporter of golf fans who shout out that name right after golfers hit their shots. Fans are aware of Bradley’s fondness for Stern, so Bradley gets the most Baba Booeys.

Related Links: Who Is Baba Booey? | Howard Stern Is Good For Golf

He heard plenty of such shouts as he contended last week at the WGC-Bridgestone Invitational. He hopes to hear a bunch more this week at the PGA Championship.

And during the 2014 PGA Championship’s selfie campaign, while most other players were tagging theirs with an autograph, Bradley dropped a Baba Booey:

You have to think Bradley gets his long-awaited appearance on the Stern Show if/when he snags another major, right?