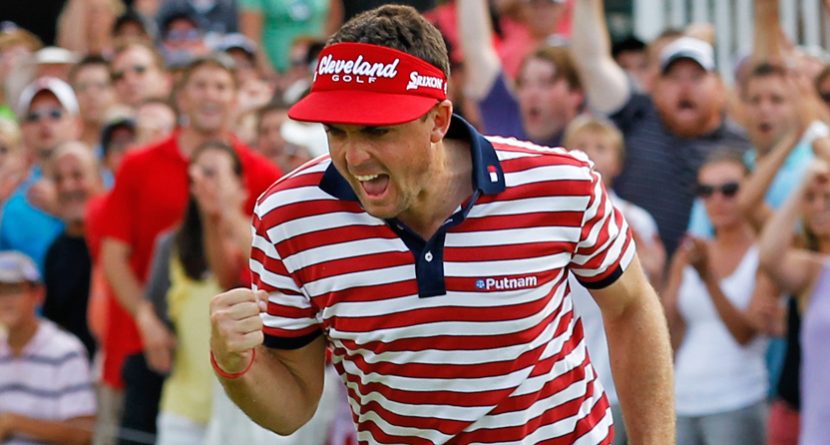 Keegan Bradley might be officially obsessed with the Howard Stern Show.

Our favorite Baba Booey-loving PGA Tour star was asked on Twitter what his entrance music would be if he was a professional wrestler.

Keegan answered that he would choose Rob Zombie’s Great American Nightmare. Not only does the song feature Howard Stern, but it’s also played at the beginning and conclusion of Stern’s radio show every day.

“@BradleysBros: If @Keegan_Bradley was a pro wrestler, what would be his entrance song?” @RobZombie American nightmare.

Bradley’s love of all things Howard Stern has been well documented on this site, including his decision to stamp “Baba Booey” on his sand wedge earlier in the year.  Perhaps there’s another appearance on Stern’s radio show for the former PGA Champion in the near future?