Kevin Chappell Takes Over 36-Hole Lead at the RSM Classic 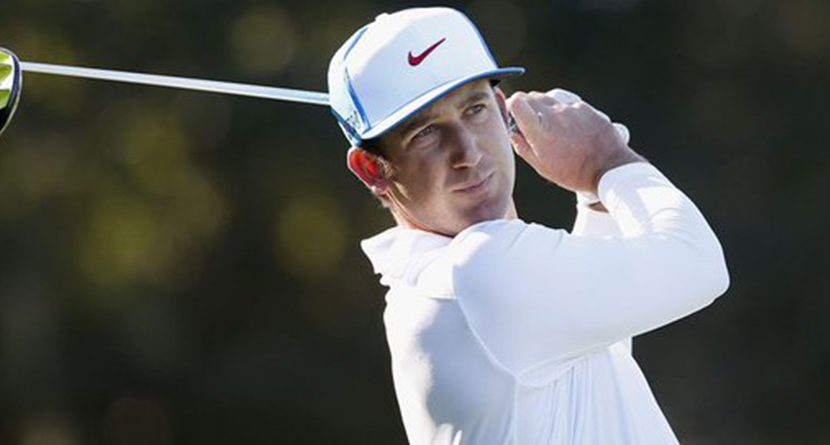 From the logjam atop the leaderboard at the RSM Classic on Thursday emerged Kevin Chappell thanks to a 5-under par 67 on the Seaside Course. Chappell — on 11-under par (131) — takes a one-stroke lead into the weekend over Freddie Jacobson and first-round leader Kevin Kisner, both of whom sit at 10-under.

Chappell is comfortable on Sea Island having contended each of the past two years. The UCLA alum was one back of the 36-hole lead in 2013-14 and three back at the same point last season. Chappell shot third-round scores of 74 and 70, respectively, finishing in T32 and T8.

He took over the lead this year in style on the 15th hole.

Also contending are Kyle Stanley (-9), Jason Gore, Alex Cejka, Hiroshi Iwata and Michael Kim (-8). Last week’s winner at Mayakoba, Graeme McDowell, shot a 4-under par 68 on Seaside to move to 7-under for the week. Locals Zach Johnson and Davis Love III made the cut on the number (-2), while Davis “Dru” Love IV, missed the cut after playing the final seven holes of his second round in 7-over par.