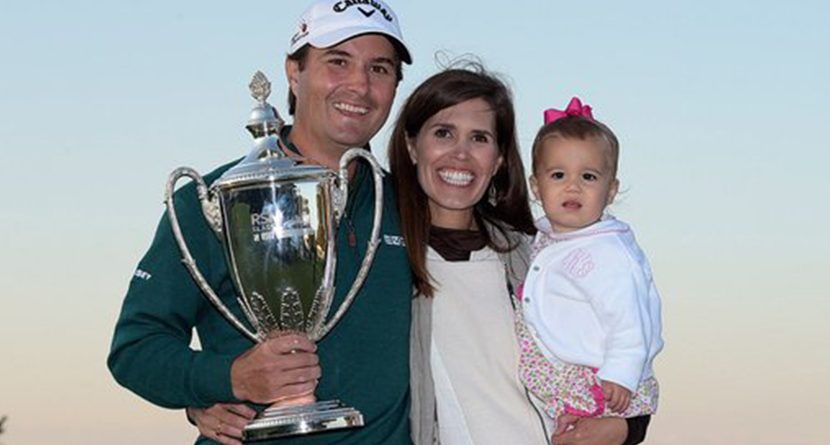 Entering the final round with a three-shot lead, the University of Georgia alum ran away with the tournament shooting a 6-under par 66, the best round of the day (tied with Boo Weekley). Kisner wasn’t going to take any chances that he would remember 2015 as the year of the runner up, firing at pins early and often leading to an outgoing 5-under par 30.

He managed one more birdie on the back nine, not that he needed any more of a cushion. Behind Chappell was Graeme McDowell alone in third place, with Jon Curran and Freddie Jacobson rounding out the top-5. For Jacobson, his $228,000 pay day was enough to cover his major medical extension.

The win gets Kisner into the Masters, just a few miles from his hometown of Aiken, S.C. He also pushes his 2015 earnings over $5 million, which puts him in the rarified air of Rory McIlroy (who made $3.2 just Sunday), Jordan Spieth and Jason Day.