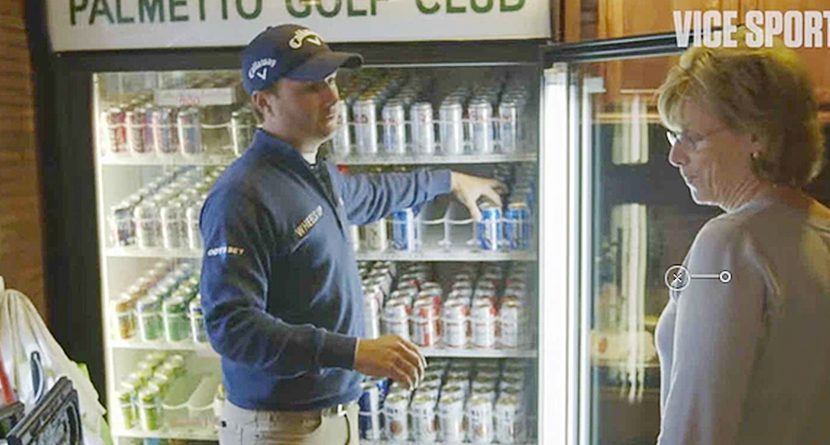 It was a strange ride, but Kevin Kisner has been welcomed back to his lifelong golf club after a short suspension.

Kisner, the 2016 RSM Classic champion and Aiken, S.C. native, was reprimanded for a video he shot with Vice Sports in the lead up to this year’s Masters. In it, Kisner and some buddies played some golf, drank a few beers, gambled and raced golf carts around the historic South Carolina club.

The membership was apparently none too pleased with the video and suspended Kisner, along with other members who were in the video, for 30 days. Speaking with Myrtle Beach Online’s Alan Blondin at the Wells Fargo Championship this week, Kisner confirmed that everything is back to normal, he thinks.

Regarding his suspension at Palmetto Club, which occurred after he and a few friends and members filmed a pre-Masters video at the club in which they drank beer, raced golf carts and generally had a good time, Kisner said all is well.

He said he has been playing and practicing at the club since he was a child and is building a house on a fairway.

“I’m back in,” he said. “It was short-lived after we had a few discussions and cooler heads prevailed, I think. I haven’t been there, but I’m allowed in. It was super odd. I was totally blindsided by it. I think we’ve learned and we’ll move past it.”

Kisner will tee it up this week at the Players Championship.