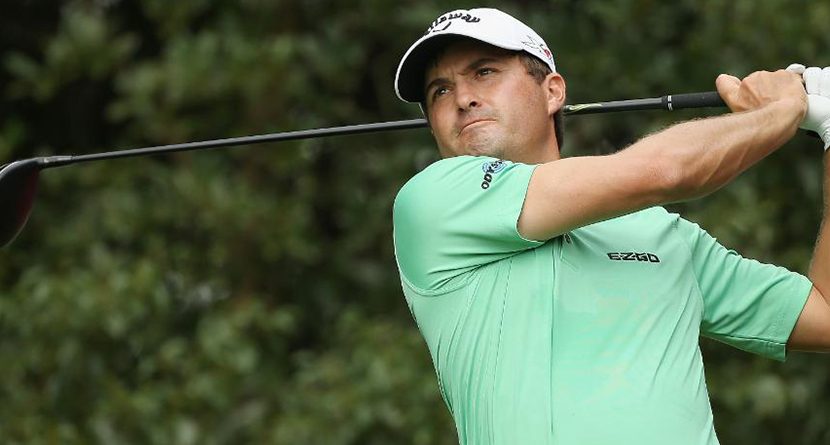 The year’s first (or final) World Golf Championship event is in Shanghai, China this week with a field that boasts 10 of the top-15 players in the world. Yet, even with most of the biggest names in the game teeing it up at Sheshan Golf Club, it’s Kevin Kisner who has held the lead following the first three rounds of the tournament.

The Georgia Bulldog put together rounds of 64-66-70 to hold a one stroke lead over Dustin Johnson (-15), Russell Knox and China’s own Haotong Li. Storylines abound as Kisner tries to win his first PGA Tour event, DJ goes for his third WGC, which is a feat that only Tiger Woods and Geoff Ogilvy have accomplished and Li is trying to become the first Chinese player to ever win on the PGA Tour.

Not to be outdone, Jordan Spieth made the biggest move on Saturday shooting a 9-under par 63 to vault into a tie for fifth alongside Patrick Reed and Ross Fisher thanks to his trusty rusty putter.

Guess who has it rolling early on … #QuickHits https://t.co/2Mc0Qw9TgK

The final round will get underway tonight in primetime on the East Coast. Knox opted to hold off on playing the 18th hole of his third round until today due to darkness. A birdie would put him in a tie for the lead.

Rory McIlroy and Rickie Fowler are tied for 21st at 8-under. Sergio Garcia is at 10-under and six shots back. Last week’s winner, Justin Thomas, is at 5-under par.

Full coverage of the final round kicks off on Golf Channel at 10 p.m.