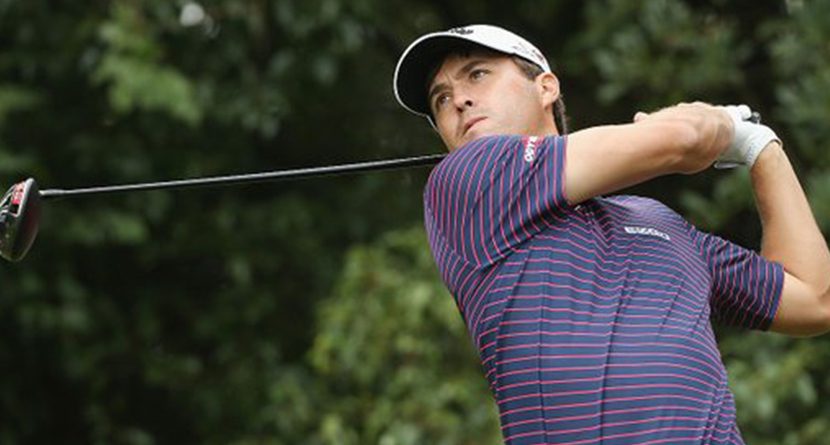 The final event of the wraparound portion of the 2015-16 season, the RSM Classic, is underway on Sea Island, Ga. and Kevin Kisner owns the solo first-round lead. After a rain-delayed start to Thursday, players were able to have ball in hand with preferred lies, which led to low scores on both the Seaside and Plantation Courses at Sea Island Golf Club.

As expected, the Seaside Course was the harder of the two layouts used for this week’s RSM Classic. pic.twitter.com/cDlDrn7spt

Kisner fired an opening-round 7-under par 65 on the Plantation Course to hold a one-shot lead over a group of eight players. He made five birdies and one eagle, a bomb on the 8th hole, his 17th of the day.

If you’re going to take the lead, do it with an eagle like Kevin Kisner just did. #QuickHits https://t.co/GpDCzX6d9f

The group at 6-under includes David Hearn, Jeff Overton, Jim Herman, Tom Hoge, Kevin Chappell, Scott Stallings and Kyle Stanley, who hit perhaps the shot of the day at the 18th hole on the Plantation Course.

Kyle Stanley was this close to an albatross at the Plantation Course’s 18th hole. #QuickHits https://t.co/dolvLLPyVg

Love III has been a Sea Island resident since he was 13 years old and is the tournament host. His son, a junior on the Alabama golf team, earned his way into the event by virtue of a qualifying exemption. After a pair of opening-hole birdies for the Loves, the rest of the way was a pillow fight as both finished up the first round with even par 70s. They are tied for 111th.