Kevin Kisner Poised To Get First Win At RSM Classic 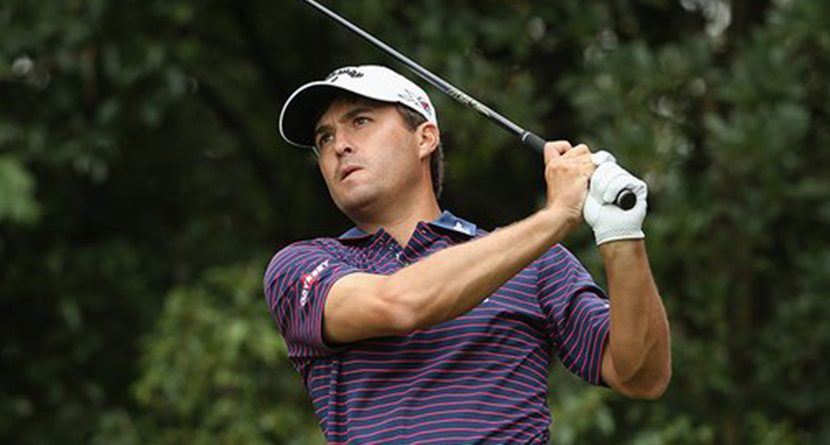 It’s hard to feel bad for someone who made $3.5 million on the course last season and is creeping up on another million dollars in earnings in just three events this fall, but that’s where we are with Kevin Kisner. The 31-year-old University of Georgia alum leads the RSM Classic by three shots heading into Sunday’s final round.

A win would be Kisner’s first on the PGA Tour — he finished second four times in 2015 — and earn him a trip to Augusta, Ga., just minutes from where he grew up in Aiken, SC. To punch his ticket into the Masters, however, Kisner (-16) will have to hold off a group of contenders that includes 36-hole leader Kevin Chappell (-13), last week’s winner Graeme McDowell (-12), Alex Cejka (-11) and Jim Herman and Jeff Overton (-10).

Kisner shot the round of the day on Saturday, a 6-under par 64, which included seven birdies against one bogey. He gave himself a nice cushion heading into the final round birdieing the last three holes of the day.

Kevin Kisner regained sole possession of the lead at Sea Island after this shot set another birdie. #QuickHits https://t.co/Gjbx8N1mZB