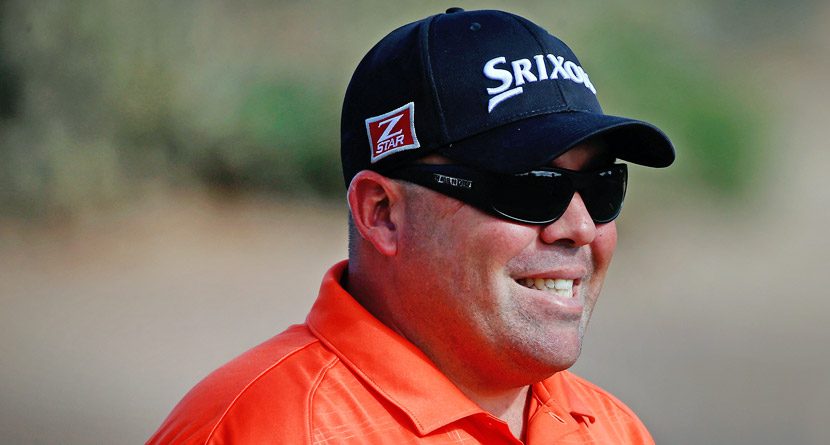 Sunday was not a good day for Denver Broncos fans. Their team was demolished in Super Bowl XLVIII by the Seattle Seahawks, 43-8.

But one fan might have enjoyed the best day of his life. Kevin Stadler, who grew up in Denver, won his first career PGA Tour event and collected $1.1 million. He played Sunday’s round sporting an orange polo shirt, blue slacks and a blue hat. He wore a similar get-up on Saturday, but the orange polo shirt boasted a Broncos logo. Stadler looked forward to a Broncos win after his big win, but Denver was – how do we put this politely? – out of synch from the very first snap. No matter. Stadler was spotted enjoying his evening with a few Coors Lights anyway – as well he should have. Why languish over a bunch of millionaire football players losing a big game when you yourself just collected the biggest paycheck of your career?