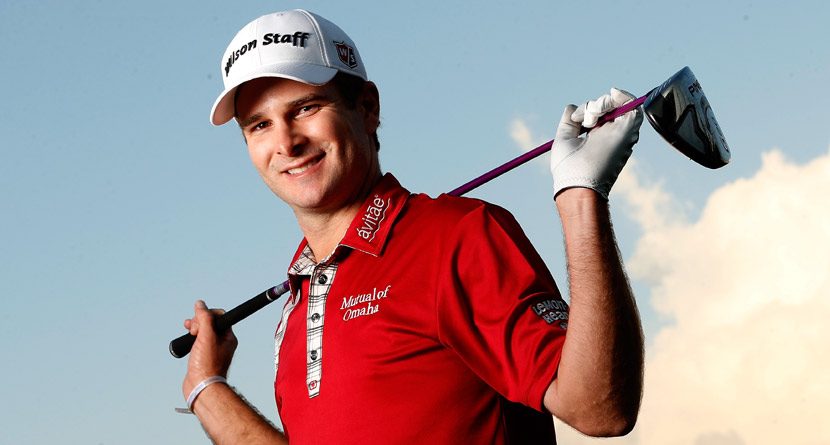 Streelman’s parents ‘aren’t feeling well’ and couldn’t make it to Wednesday’s practice round, so he turned those tickets into a dream come true for a young golfer. Streelman tweeted he had two tickets and offered the passes to a junior golfer and a parent who’ve never been to Augusta.

I need a junior golfer who has never been to Augusta, who can get here ASAP w either mom and dad to get back to me!!!!!

Streelman picked a winner in under an hour, choosing a lucky young golfer from Savannah, Ga.

Harrison Stafford, the winner of the tickets, was ecstatic, calling Streelman a ‘class act.’ There’s just nothing better than seeing stories like this.

@PGATOUR @Steve_Flesch Kevin Streelman gave me 2 tickets to the Masters and I’ve never been before. Class Act!!!