Kevin Streelman’s Ball Gets Lodged In A Tree Trunk 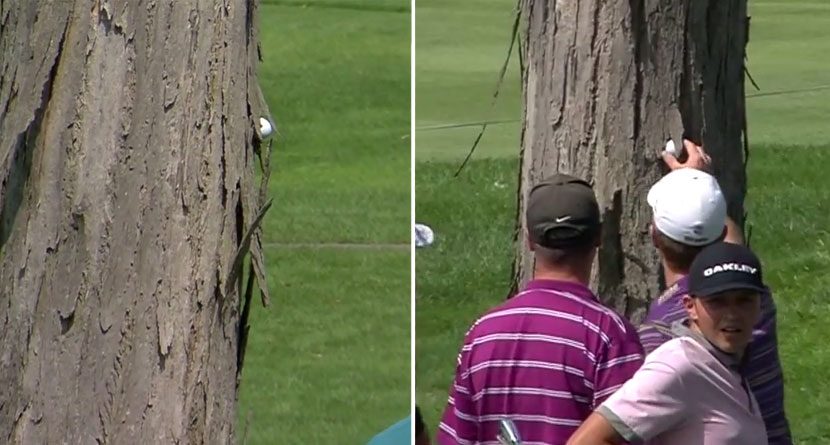 Well, that’s unfortunate. Kevin Streelman found one of the many trees at Firestone CC, but not in ordinary fashion, to say the least.

His tee shot on the par-4 third hole somehow lodged itself into the bark of a tree. I don’t really know how that happens, but it’s unlike anything I’ve ever seen before.

If only we could see the entirety of the shot to determine whether Streelman hit the ball ridiculously hard, or if it bounced and got “lucky,” if you will.

Regardless, it was a bad break for a struggling Streelman, who made bogey on the hole and wound up shooting an 8-over 78 on Thursday.