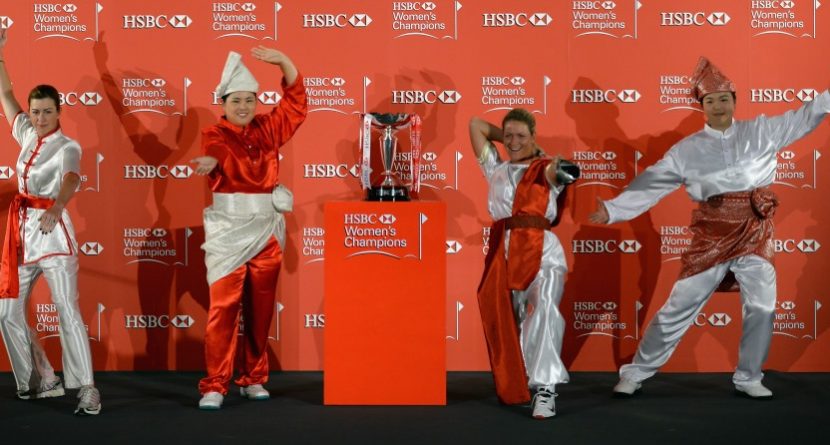 You may remember the odd and hilarious photos that came out of a photo call prior to the World Golf Championships-HSBC Champions event in Shanghai this past October. If not, have a look.

Phil Mickelson and Rory McIlroy were a part of that entertaining display, and HSBC got them again in January. They were the headliners at the European Tour’s Abu Dhabi HSBC Golf Championship, where more photos were gifted to us. Even greater, video of Phil and Rory dancing was captured:

This week it’s the women’s turn. The LPGA Tour is in Singapore for the HSBC Women’s Champions, and apparently they’re working on martial arts. From left to right are Paula Creamer, Inbee Park, Suzann Pettersen and Shanshan Feng. Behind the scenes: @ThePCreamer learning her Kung Fu moves pic.twitter.com/vtZuSUUbeB

These are now the “toughest women in golf.” Other Hot Links:
– Golf Faster with Dale Earnhardt Jr. Cart Decals
– What If the PGA Tour Held a NFL-Like Combine?
– Who Is the Jadeveon Clowney of Golf?
– It Takes Two: Friends Team Up For Amazing Trick Shot
– Top 11 Most Memorable Caddyshack Moments