LeBron James Crashes Into Jason Day’s Wife, Sends Her To The Hospital 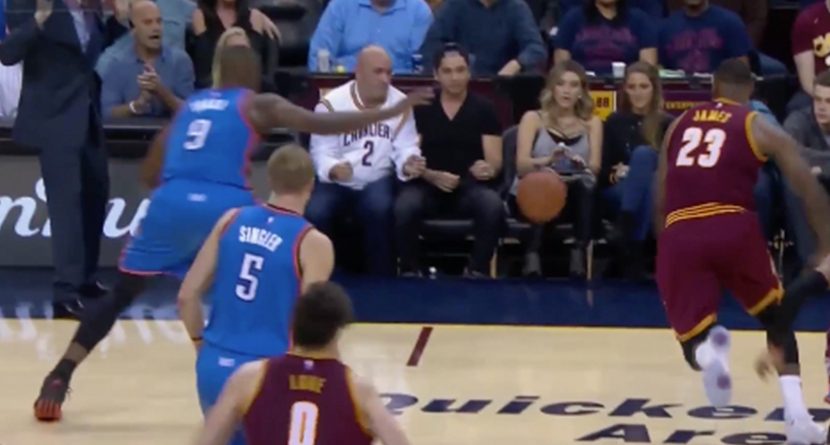 During the final minutes of a tight NBA game on Thursday night in Cleveland, Cavaliers superstar LeBron James chased a loose ball towards the sideline and dove to make a save, crashing into the floor seats of PGA Champion Jason Day and his wife, Ellie.

Ellie Day, who just last month gave birth to the couple’s second child, was carted off of the court by stretcher and taken to MetroHealth Medical Center in Cleveland.

LeBron said he briefly spoke with Ellie Day, who squeezed his hand and said she was OK. She is at Metro Hospital in Cleveland. #Cavs

LeBron said if she was pregnant he would have jumped over her. #Cavs

Jason and Ellie Day keep a home outside of Columbus, near Muirfield Village Golf Club and are regulars at Cavs games. LeBron hopes they come back.

Ellie Day I hope you’re doing okay! My apologies! Hope u guys come back to another game soon. Love LJ!

The Associated Press reported that Ellie was treated and released early Friday morning.

UPDATE: Ellie Day tweeted that she was okay and told people to not be mad at LeBron or Jason.