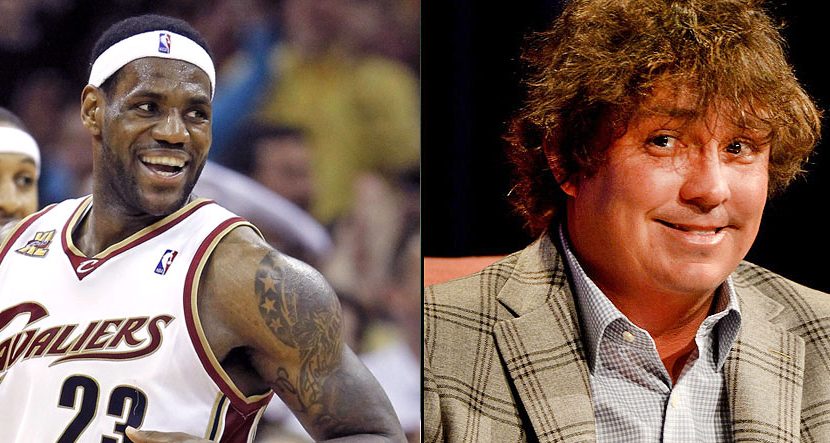 As I’m sure you’ve heard by now, LeBron James announced to Sports Illustrated that he’s coming home to Cleveland. After much speculation and four years in Miami, LeBron is returning to the Cavs. His televised decision to leave Cleveland for the Miami Heat broke the hearts of Cavaliers fans. Cleveland rebelled in famous fashion after LeBron’s departure, burning No. 23 jerseys, and wallowing in his betrayal.

Jason Dufner was one of the many disappointed Cavalier fans. Duf Daddy was born and raised in Cleveland, Ohio, and has been a loyal fan his whole life, which hasn’t always been easy.

In a recent Golf Digest interview, Dufner opened up about the hardships he’s faced as a Cleveland fan.

“What it’s offered is a full education on losing. The last championship to come there was the Browns winning the NFL title in 1964, which was 13 years before I was born. Chicago Cubs fans can’t compare their agony to ours, because at least they had the Bulls. The Indians haven’t done much in my lifetime. The Cavs were looking good when they had LeBron James, but then he left, and that was that. It’s been a lifetime of dashed hopes and pain. But I never give up on them.”

We feel his pain, but luckily King James has swooped in to mend Dufner’s broken heart. LeBron’s decision wasn’t a surprise to everyone though. Dufner had a feeling better days were coming to Cleveland. He pretty much predicted that Johnny Manziel and LeBron James were going to join his favorite teams.

So I won’t take all the credit, but that’s pretty good foreshadowing I will say.. pic.twitter.com/ahhNbJdz9f

The future looks bright for Cleveland sports. Dufner is one loyal dude, sticking with Cleveland through its darker days.

We’re sure he enjoyed re-tweeting this gem of Johnny Manziel and LeBron James recently:

Related Link: LeBron James’ Golf Swing Not as Pretty as his Jumper