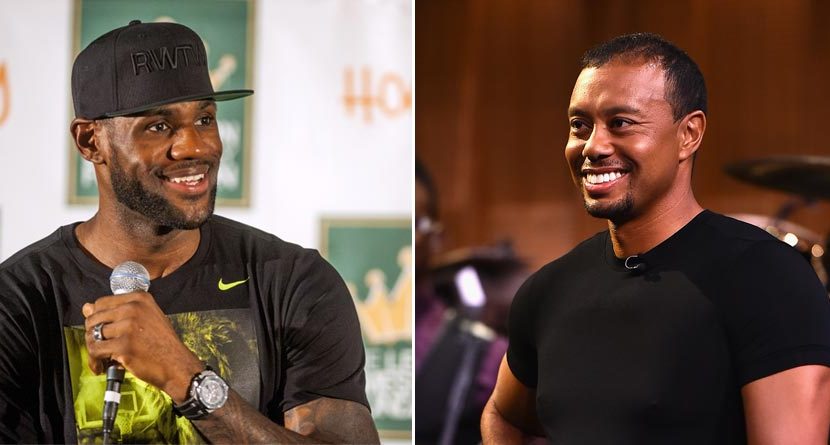 Being the No. 1 player in the world isn’t the only title Tiger Woods lost in 2014. Woods has also been unseated as the world’s most valuable athlete brand according to Forbes Magazine.

The magazine released its annual list revealing that LeBron James has taken the top spot in the rankings, which has been held by Woods since 2008. According to Forbes, the reason for the change is likely due to the fact that EA Sports terminated its relationship with Woods for its flagship golf game.

Woods’ brand value dropped from $46 million to $36 million over the past year, while James’ rose $10 million — bumping his value up to $37 million.

Phil Mickelson also made the list at No. 4, as his value rose $4 million in the past year. Forbes said that Mickelson “picked up valuable sponsor bonuses last year for winning the British Open for the first time.”

Should Woods have a big year in 2015, he could regain the top spot as he’s only $1 million behind James. It’s not like it would be strange to see companies flock to the 14-time major winner with sponsorship opportunities.

Related Link: Tiger Woods No. 21 Among Forbes’ Most Powerful Celebrities