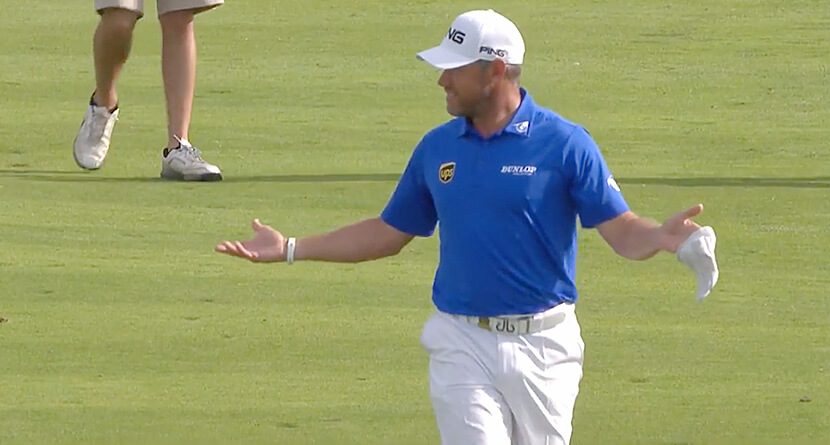 The 2016 U.S. Open leaderboard has morphed into a who’s who of nearly-man looking to capture their first major championship. Dustin Johnson, Sergio Garcia and Lee Westwood all have, at some point in their respective careers, been saddled with the qualifier “best player to never win a major.”

While those three, as well as a few others, try to mark their name off of that list at Oakmont this week, Westwood has done it with the most flair. Dropping an eagle during the first round, Westwood repeated the feat on Saturday in the third round to temporarily tie for the lead.


Westwood would slip back down the board eventually, while Shane Lowry began to ascend it. 54-hole leader Dustin Johnson had an up-and-down round on Saturday, keeping himself with in shouting distance of Lowry.

The leaders had to come back early Sunday morning to finish their third rounds and Lowry continued his stellar play, making birdie on two of his last four holes to open up a four-shot advantage heading into the final round.