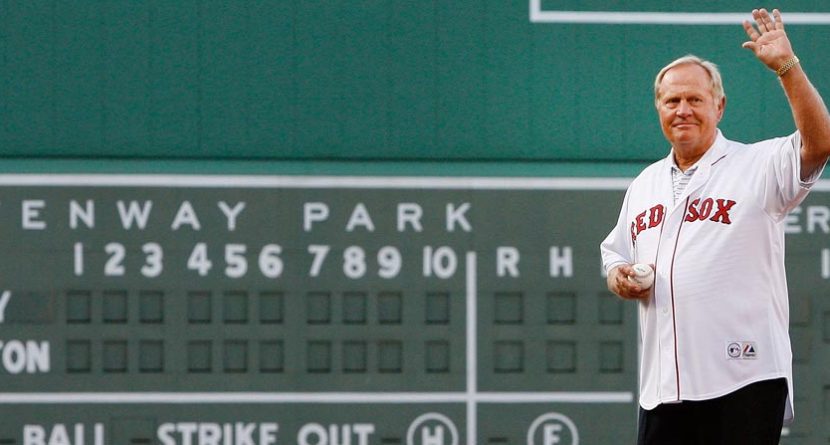 Ah, April.  The snow starts melting, the flowers start blooming and you can finally feel summer coming.  Major League Baseball swings into action and it’s only a short time before we are all enjoying the the Masters and the unofficial start to the golf season.

Sure, we’ve had spring training for the last month (but seriously, who watches Cactus League games?) and golf has been in full swing strong since January, but people still seem to mark the first and second weeks of April as the beginning of all things golf and baseball. Perhaps it’s because half the country is just now thawing out and people will be able to play catch or hit the links themselves pretty soon. One thing for sure, though, is that as of right now, it’s game on and summer is almost here.

Golfers and baseball players are alike in at least one sense: they seem to want to try their hand at each other’s sport. Okay, maybe that’s a tad-bit of an exaggeration. The days of Bo Jackson and Deion Sanders are long gone and no one is saying that Evan Longoria is thinking of playing golf professionally or that Bubba Watson wants to pitch for the Mets. (Although, after losing Matt Harvey, the Mets would probably look at anyone right now. Alas, I digress…)

Here’s a look at some of the best golfing baseball players and the guys and gals on tour who gave it a go on the mound.