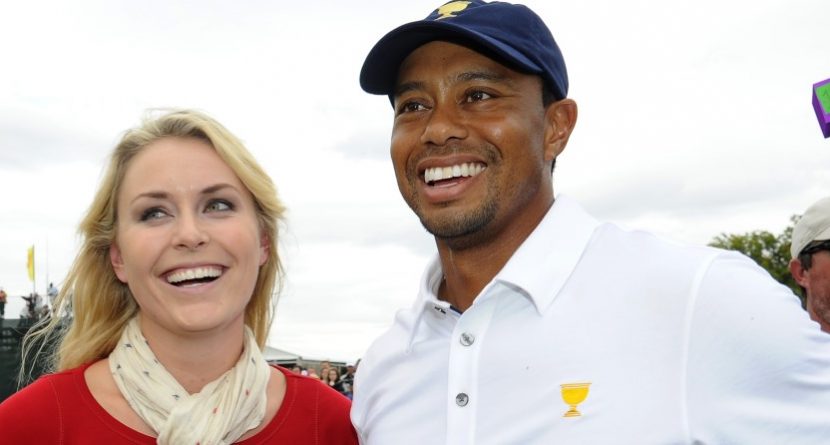 Unfortunately, Lindsey Vonn will have a bit more spare time on her hands than she would have wished these next few months. Tiger Woods’ girlfriend announced Wednesday that she’ll miss next month’s Sochi Olympics because of her injured right knee.

Some of that newfound time, apparently, will be spent with this new pup:

Leo brightened my day-adopted him from an animal shelter.Has a bum knee bc a car hit him #bumkneebuddies #puppylove pic.twitter.com/ctx6NFDdzd

Vonn picked up Leo, who’s a brindle boxer mix, from a shelter in Jupiter, Fla. She was drawn to him because they both have bum knees. WPBF reports that Vonn and Woods first saw the dog Dec. 23, but Woods preferred a different pit-bull mix. Vonn returned later, however, and said “I won!” before taking Leo home.

Also according to the news report, which cited employees at the shelter, Leo will join two other dogs that Vonn and Woods own at their adjoining homes in an upscale community.

Now, the next question is obvious: Will Leo get a Twitter handle? Jason and Amanda Dufner’s dog, Prince Louie, has one. Surely he’s not the only golf puppy who wants an outlet to speak to the masses.