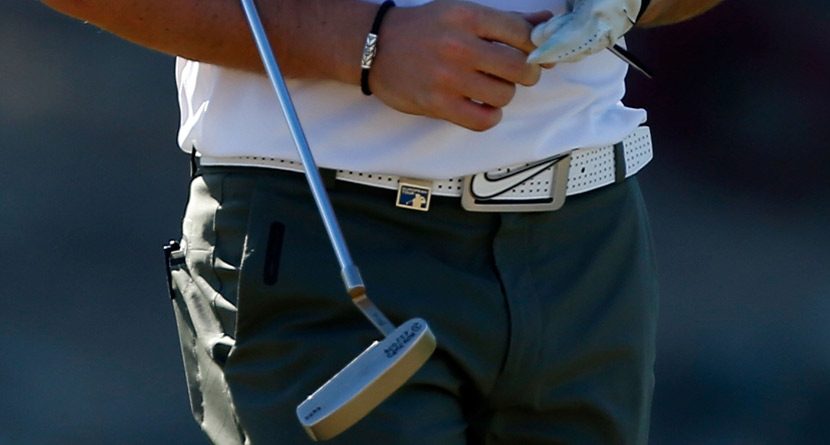 “I think in the long run Friday will be a blessing in disguise. It was like it just sort of released a valve and all that pressure I was putting on myself just went away. I was like ‘just go out and have fun.’ It’s not life or death out there and I had sort of forgotten that this year.” – Rory McIlroy sounding very self-aware during his first press conference since withdrawing from the Honda Classic. “I think I would have taken a (expletive) load of Advil.” – Ernie Els after being asked what he would have if in McIlroy’s toothy position. “Whatever he says, I’m going to do. He’s one of the best putters that’s ever lived.” – Tiger Woods appreciating the putting advice from close friend Steve Stricker. “I wouldn’t do it if I didn’t enjoy it. We just pick places that we both like to go. We did some fishing, we went to the [Heat] basketball game last night — things you can’t really do at home right now.” – Nicki Stricker on caddying for her husband Steve at Doral. They are saying that the course is in the best shape it’s been in in 25 years. It’s a little ironic because we blow it up on Monday.” – TPC Blue Monster owner Donald Trump on Doral’s upcoming facelift. “Now, it’s pitched a little bit more back where it will bring it back to the hole. Which means that it’s very possible that you might see more holeouts to that pin position.” – Phil Mickelson describing the changes to the 14th green at Augusta. “I’m extremely proud of it. I’ve never been asked by Australia, never been asked by the United States or anybody else to help guide a group of golfers to an ultimate goal of being in the Olympics. So I seized the moment.” – Greg Norman on being named an advisory coach to the Chinese national golf team. “If I felt I was cheating, I wouldn’t be using it.” – Tim Clark remaining one of the strongest opponents of the proposed anchored stroke ban. “The issue to all of us is dead and buried.” – International team captain Nick Price on the proposed changes to the Presidents Cup. Price, who along with Greg Norman and Ernie Els, has been advocating for a switch to an alternate shot format similar to the Ryder Cup which could theoretically help even the playing field with the deeper American side.