Lipping Out: Saying the Right Thing 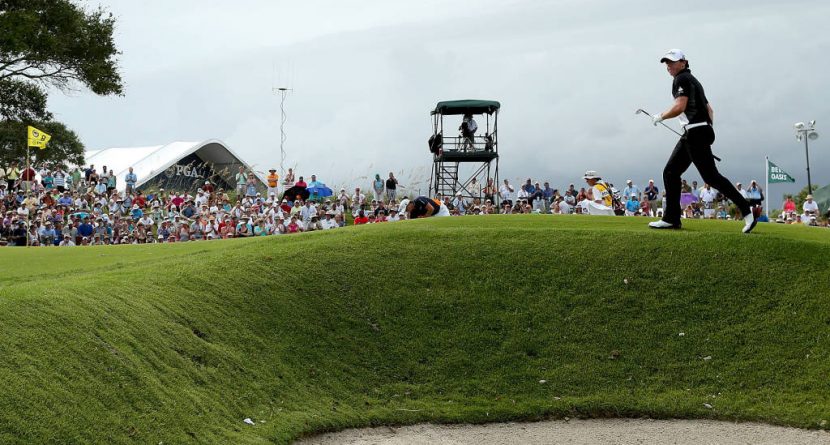 “Anybody that says that that golf is fun or whatever, has really not done it for a living. I would never characterize this as fun. It’s different than that. It’s awfully challenging mentally and the chances to win are what we want.” – Charles Howell III showing adding perspective following his playoff loss to Brian Gay at the Human Challenge. “Confidence is very high at the moment. After this win and after a great season last year, I certainly don’t put any limits on where we can go from here … My goal has always been very high, sometimes too high.” – Jamie Donaldson, winner at the Abu Dhabi Championship, assessing his prospects for 2013 and beyond.

“I thought he was taking an unplayable. Then heard he got relief and had to ask official. Didn’t mean to open can of worms.” – Alistair Tait, a journalist working for Golfweek magazine whose curiosity led to a two-shot penalty for Tiger Woods, who, along with Rory McIlroy would go on to miss the cut in Abu Dhabi. “I just felt like the greens that I’ve been practicing on are a lot faster than these. The Nike putter is great on that, but getting to here it’s just a weight issue more than anything else. I can feel the head of the one I used today a little bit better, but the change was to no avail. I’ve got a few weeks off now to work at it and try and get my game in decent shape for the U.S.” – Rory McIlroy responding to questions about why he made the switch back from his new Nike putter to the old reliable Scotty Cameron during his second round in Abu Dhabi. “I don’t have an opinion. It won’t affect me because I can’t figure out to do it anyway. For those that love it and do it, I’m sorry, but I can’t weigh in because I don’t know enough to have an informed opinion.” – Former President, and partner of this week’s Humana Challenge, Bill Clinton discussing his position, or lack thereof, regarding the anchored putter ban. “I’m obviously very pleased to be in this situation. This is a position that I’m really thrilled to be in, and it’s also a very humbling experience. I can’t wait to get into the role of being the captain. I’m relishing the thought of taking on one of my great heroes, Tom Watson.” – Recently minted 2014 European Team Ryder Cup captain Paul McGinley expressing his excitement for Gleneagles. “I congratulate Paul McGinley upon his selection as the next European Ryder Cup captain and anticipate that his passion and love of the event will transfer to being an outstanding leader of his team in 2014 at Gleneagles. Paul has been connected to four winning European Ryder Cup teams and is an outstanding representative of European golf. I look forward to sharing the stage with him as we make our journey to Scotland.” – U.S. Ryder Cup captain Tom Watson sending some affection back across the pond. “I am not going to comment on my private life.” – Tiger Woods responding to a recent report in the National Enquirer which stated that he and ex-wife Elin Nordegren are seriously considering a reconciliation.