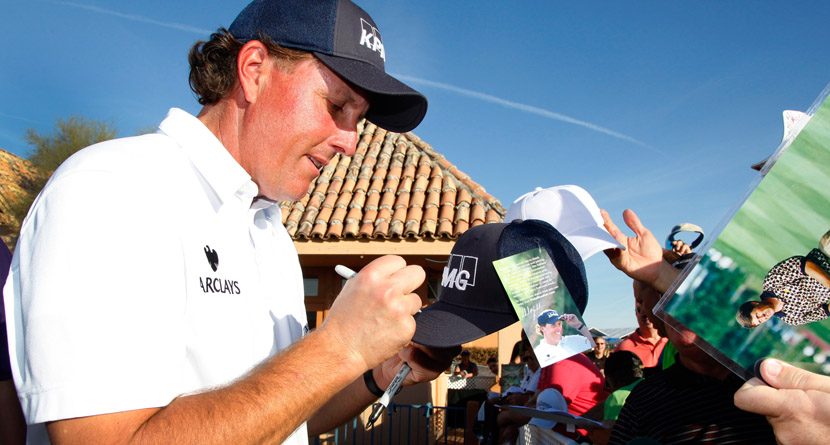 “While I have used deer antler spray, at no time was I aware that it may contain a substance that is banned under the PGA Tour anti-doping policy. In fact, when I first received the product, I reviewed the list of ingredients and did not see any prohibited substances. I am absolutely shocked that deer antler spray may contain a banned substance and am angry that I have put myself in this position. I have been in contact with the PGA Tour and am co-operating fully with their review of this matter. I will not be commenting further at this time.” – Vijay Singh issuing a statement regarding the Sports Illustrated article which linked the veteran golfer to a PED. Singh would later go on to withdraw from the Waste Management Phoenix Open due to “back soreness.” “It’s not like cycling, it’s not like football or like rugby. In golf you have to be really calm, I just don’t think it’s that big of an issue in our sport.” – 33-year tour veteran Mark O’Meara reasoning as to why golf doesn’t have a drug problem. O’Meara is also on record as saying that Singh should probably be suspended for a “couple of months.” “Deer-antler spray? That sounds like something you wax your car with, doesn’t it?  I’ve never heard of it. You have to be careful about what you take. I try not to take anything now, really, other than Corona and vodka.” – Lee Westwood doing his best to make light of the Singh situation. “I don’t think doping is a problem in golf whatsoever. I really don’t. There are so many facets to our sport. Why was he taking it? Was he taking it to recover from injury? It doesn’t help you get the ball in the hole at the end of the day. This is the first case I’ve heard where a guy admitted to taking anything.” – Paul Casey using some of the same logic baseball players back in the 90s applied to hitting a 100 mph Randy Johnson fastball. “It sounds like something I would never want near me. … I don’t even know how you take deer-antler spray. Who’s the guy that thought of that? He might have been on something, too.” – Bubba Watson at the Phoenix Open continuing the deer-antler spray comedy routine. “There are about 15 types of goggles to choose from but we all have to follow the same guidelines. It’s nothing like getting fit for golf clubs. It will be fun to become more educated about things such as the shaft in the driver and the loft gap in the wedges. I’m really looking forward to that. I want to be more knowledgeable about this.” – Michael Phelps, who recently signed a deal with Ping, comparing the equipment from his two favorites sports in an interview with Golf Digest. “Well, 60 is awesome. Last time I shot 60 here in ’05, I birdied like the last three or four holes just to do that, and I was ecstatic, and I’m ecstatic to shoot 60. But there’s a big difference between 60 and 59. Not that big between 60 and 61, there really isn’t. But there’s a big barrier, a Berlin Wall barrier, between 59 and 60.” – Phil Mickelson after narrowly missing out on a historic number during the first round of the Phoenix Open. “It’s a little bit like a baseball pitcher when he has a no-hitter going. I was just handing him the putter and getting away from him.” – Caddie Jim “Bones” Mackay on freezing out Mickelson during his Thursday round, according to Golf Channel. “Is Taylor single? If not, are you single?” – Two dudes holding up signs referencing Rickie Fowler and his sister at the frat party better known as the 16th hole at the Phoenix Open, according to the New York Times.