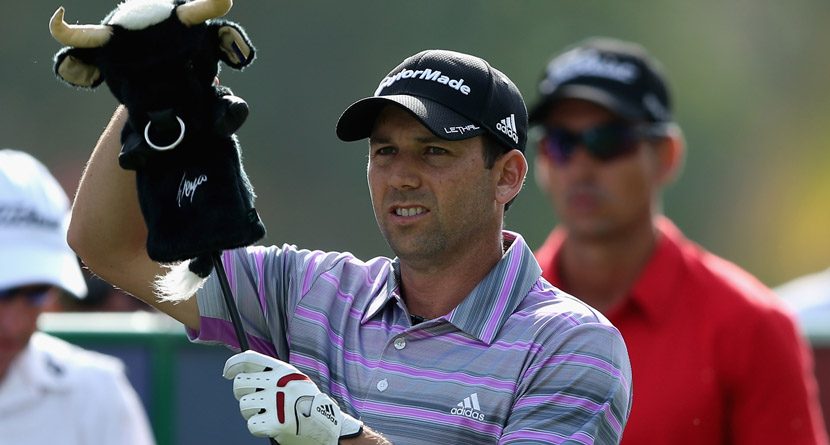 “Growing up here as a kid, I just wanted to play this tournament. This is unbelievable.” – SoCal native and 2013 Northern Trust Open champ John Merrick on his first PGA Tour victory. “This is a process of renewing and renovating the program for the Olympics. In the view of the executive board, this was the best program for the Olympic Games in 2020. It’s not a case of what’s wrong with wrestling; it is what’s right with the 25 core sports.” – International Olympic Committee spokesman Mark Adams on the decision to drop wrestling in 2020, a choice many have incorrectly blamed on the addition of golf in 2016.

“I don’t know if it’s just weakness in that area, the way he sits on a plane, I just don’t know. I don’t think it has anything to do with his golf swing. Right now it’s a big unknown, he just wants to be sharp and ready for Augusta.” – Swing coach Todd Anderson talking to Golf Channel about Brandt Snedeker’s decision to withdraw from the WGC match play event due to sore ribs. “That is what we should be testing for out here. That is what gives people an advantage out here. And if there isn’t a test for it, then I don’t even know why we’re testing out here. I think they’ll probably look at it and maybe change it a little bit here coming up. Hopefully, they will. I think they should.” – Tour pro Matt Every wondering to the NY Times why players aren’t subjected to stricter blood tests in order to check for performance-enhancing drugs.

“It’s not the kind of sport that needs much when it comes to enhancing drugs or whatever you want to call it, performance-enhancing drugs. We started testing — what was it? — 2008, I think, and nothing has really come around. So I think that speaks for itself.” – Sergio Garcia, again to the NY Times, denying the need for more drug testing on Tour.

“Just look at the inductees over the last six, eight, 10 years. Some years, I don’t even vote because the names are not worthy of induction. One major should not get you into the Hall of Fame – maybe one major and 40 wins.” – Raymond Floyd to Golf Channel, calling for heightened criteria for induction into the World Golf Hall of Fame.

“In no way am I working with Michael at all. I try to pick up things from just watching him. I ask him some questions and he gives me answers sometimes. Certainly, it’s not like a working relationship. It’s just nice to have access to someone that was that great at his sport.” – Luke Donald addressing rumors that he’s been seeking advice from Michael Jordan.