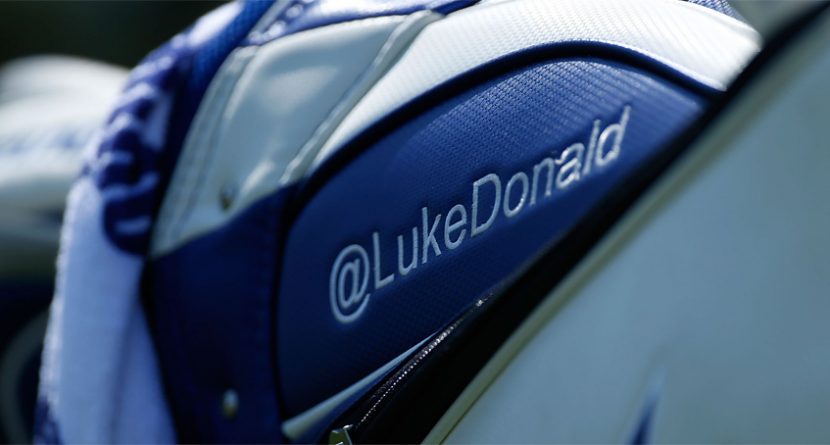 Jon Lord reviews the week that was through the words uttered by those who made headlines in the last seven days.

“As you know, our media regulations prohibit the use of real-time, play-by-play transmission in digital outlets. In order to enforce these regulations, beginning this year, we will revoke the on-site credentials of all journalists affiliated with outlets that post play-by-play coverage, whether those posts are originating from tournament site or otherwise.” – Ty Votaw, executive vice president of communications for the PGA Tour, with a misguided missive toward the media, targeting the Twittersphere. “Tiger Woods just hit ___ iron on hole ___ and has a good look at ____ .#pgatourmadlibs” – Yahoo’s Shane Bacon doing his best to make light of this Soviet-style information ban.

“I hit one way left off the tents. So this happened to be way right, but way off the tents.” – Phil Mickelson comparing his poorly timed rant on taxes to his errant drive on 18 at the 2006 U.S Open. “They see how hard I work. My girls are at an age now that they understand. The last time I played really well, they were pretty young, so I’d like to show them what their dad can do.” – Mike Weir crediting his two daughters for helping him make the cut at the Farmers Insurance Open, his first shot at weekend play in 18 tries.

“I figured Tiger would probably get to 12 under today, or do something nuts. This is like his playground, but I can’t really pay attention to what he does. I have my own battles of what I need to do and get better at. I’m happy where I am, considering how badly I drove the ball. I want to play my game and see what’s as good as I can get.” – Eric Compton at Torrey Pines on Friday after shooting 65 to equal Tiger Woods for low round of the second round.

“There is nothing we can do about it. If Mother Nature doesn’t want you to play you’re not going to play.” – Mark Russell, the PGA Tour’s vice president of rules and competition, describing how the heavy fog delayed third round play at the Farmers Insurance Open until Sunday.

“I know where all the pins so at least I’ll have a good game plan going into tomorrow.” – Tiger Woods making it all sound so easy before the Monday finish at the Farmers Insurance Open.

“Nothing he did ever surprised me. He’s that good. But he can’t do it anymore because his golf swing is different. It doesn’t produce the shots he used to hit. Do I think he’s finished winning majors? No. Does he have as much desire? Yes. But you could ask him to hit any shot blindfolded back in the day and he could. Now he can’t. I know what I’m seeing. I know what I saw before. And it’s not the same.”  – Rocco Mediate perhaps wishing he held off one more week before making comments regarding Tiger’s recent swing changes.