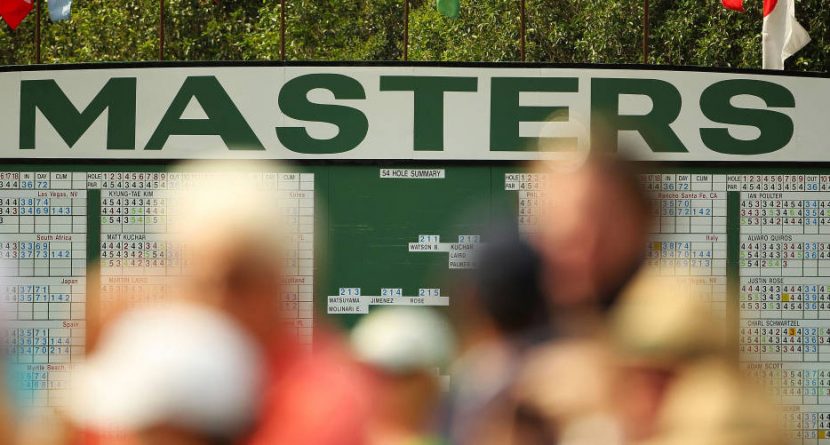 1 – “I’ve never been in this situation before, but hopefully it’s real easy and I’m real relaxed and I don’t have any nerves. But I’m probably going to be nervous and probably just going to have to try to slow myself down, and just enjoy the day. It is a lot of pressure out here, even the first three days, so I can’t imagine what it’s going to be like (Sunday).” – Russell Henley, the eventual Sony Open champ, talking about his nerves heading into the final round.

2 – “Tiger Woods demands $3 million just for an appearance, if he were to compete in the Commercial Bank Qatar Masters – which is not worth paying for a tournament of $2.5 million prize money.” – President of the Qatar Golf Association Hassan al Nuaimi describing how the math simply does not add up for Tiger in Doha. 3 – “When I was younger my parents sacrificed everything to allow me to play the game I love. Having that support from my family gave me the opportunity to chase my dreams. But I know that every child is not so fortunate. My aim is that The Rory Foundation will support children’s charities big and small, around the world, and that we try to give kids that helping hand.” – The world’s No. 1 golfer, Rory McIlroy, announcing the establishment of his brand new charity.

4 – “Photo of my finger might be disgusting, but no worries healing nicely. Stitches out in a week :)” – Annika Sorenstam tweeting a picture of her mutilated digit which she nearly sliced off while prepping some chicken in her kitchen. 5 – “I’ve been nagging my wife for a few years that I want something on the farm as there are a few stumps and things I need to get rid of,” he said. “And that’s why I stood over that putt on 18 for a bit longer than normal. So I’m going to play around with it and might dig out a few bunkers.” – Louis Oosthuizen explaining why he decided to exchange a car for an excavator after the pro-am at the Volvo Champions in Durban, South Africa. 6 – ”Through our established qualifications, and invitations to select international players not otherwise qualified, we historically bring together a collection of the world’s top players, and this year is no different. Masters has long established a tradition of supporting the global game, and we were excited to extend invitations to Thaworn Wiratchant and Ryo Ishikawa, who we hope will provide added interest and enthusiasm for golf in Asia through their participation in the tournament.” – Masters chairman Billy Payne explaining Augusta’s logic to invite Wiratchant and the slumping 21-year-old Ishikawa. 7 – “I feel like I’m coming down with whatever my caddie [Bobby Brown] has got. Just not feeling well. Stomach hurts, headache, tired.” – 2013 Hyundai Tournament of Champions winner Dustin Johnson explaining his decision to withdraw from the Sony Open. 8 – “I am exempt for another three years (for major events) and if I was given the opportunity to do the captaincy, I’d effectively be throwing two of those years away.” – Darren Clarke perhaps pulling his name out of the running for the 2014 European Team Ryder Cup captaincy.

9 – “I guess having the defining moment in the history of the event doesn’t matter.” – David Duval tweeting his displeasure over not getting a sponsor’s exemption to the Humana Challenge, a tournament that he won in 1999 by shooting a final-round 59.