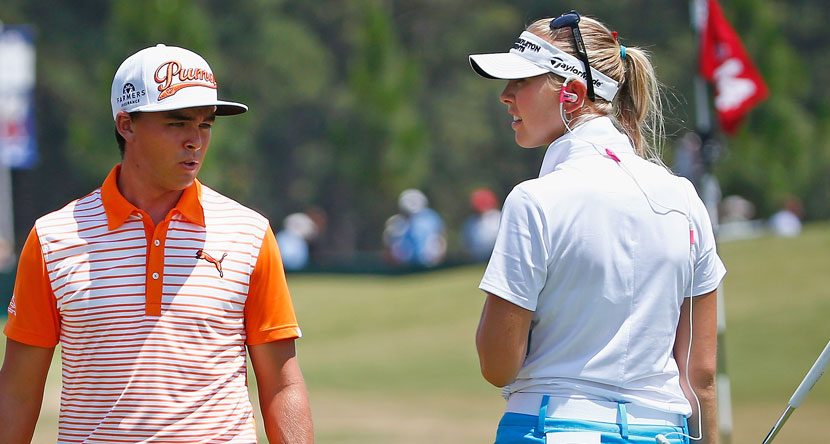 Martin Kaymer’s record-breaking performance at the 2014 U.S. Open Championship at Pinehurst wasn’t the only historic moment over the weekend. For the first time ever, LPGA players practiced alongside their male PGA Tour peers at the same time and on the same course.

The world’s best female golfers will play Pinehurst No. 2 this week for the U.S. Women’s Open Championship, prompting USGA president Mike Davis to welcome the women to use the practice facility on Sunday during the conclusion of the male players’ tournament. It was a brilliant display of inclusion and collusion between the two associations, displaying a sense of equality that was very much a breath of fresh air for patrons.

Martin Kaymer celebrates his eight-stroke victory on the 18th green with LPGA player Sandra Gal during the final round of the 114th U.S. Open at Pinehurst Resort & Country Club.

Holding the nation’s two largest championships at the same venue in back-to-back weeks is reminiscent of large tennis tournaments and collegiate events. The move was also a clear statement toward a collaborative effort to raise awareness of the women’s tournament and to shine a deserving spotlight on the biggest stars in the sport.

The U.S. Women’s Open Championship tees off this Thursday at Pinehurst.