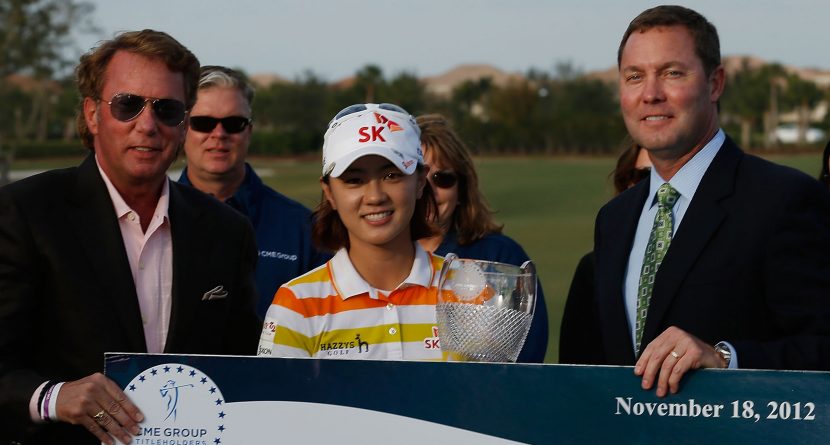 The 2013 LPGA Tour schedule was released this week, boasting the addition of three new tournaments and a fifth major.

The schedule has expanded to 28 tournaments (as well as the unofficial Solheim Cup) worldwide and features three debut tournaments including the North Texas LPGA Shootout, to be played April 22-28 at Las Colinas Country Club in Irving, Texas; the $1.3 million Pure Silk Bahamas LPGA Classic, to be played May 20-26 at the Ocean Club Golf Course at Atlantis in Paradise Island, Bahamas; and the $1.8 million Reignwood Pine Valley LPGA Classic in Beijing, China.

Of the 28 events planned, 27 are scheduled for television coverage throughout the year.

“The performance, approachability and growing popularity of our players is the No. 1 factor in the LPGA’s continued momentum, which has led to expanding [television coverage], the growing slate of playing opportunities and our ever-increasing fan base,” Whan said. “We are excited to add the Bahamas, North Texas and Beijing as LPGA Tour stops and we expect to have one more tournament to announce in the very near future.”

The tour will also welcome a fifth major as the Evian Masters becomes The Evian, set to be played Sept.12-15 in France.