LPGA Tour Returns & So Does Stacy Lewis – to Twitter 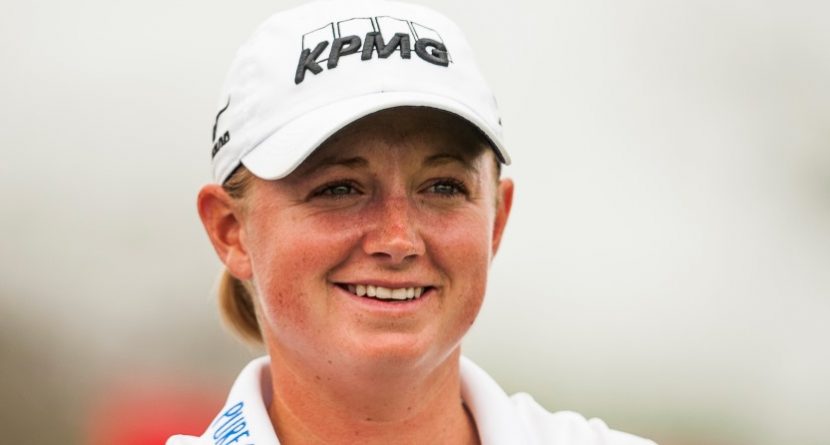 The LPGA Tour is back, and so is Stacy Lewis – on the course and on Twitter.

America’s top female golfer is teeing it up Thursday at the LPGA Tour’s first event of 2014, the Pure Silk Bahamas LPGA Classic. At No. 3 in the world, she’s the highest-ranked golfer in the field. And she wants to converse with you on Twitter again.

Back in October, as Lewis was battling China’s Shanshan Feng in the final round Reignwood LPGA Classic in Beijing, she grew annoyed with Chinese fans who found it difficult to stay quiet as players shot and actually cheered when Lewis missed putts. After losing to Shanshan on a pretty miraculous shot, Lewis took to Twitter to voice her displeasure, and was roundly criticized. So she abandoned the social media outlet.

But now she’s back dishing out 140-character thoughts. Her tweets from October were deleted, and she sent out a few innocuous ones in December, but she officially announced her return to Twitter on Tuesday.

So glad the 2014 season is here! Yes, it’s me and yes, I’m back on #Twitter. Very excited about the new year and ALL it brings.

As great as my last few years have been, it came with a steep learning curve for me – inside & outside ropes. All around, I’m better for it.

My return plan with this forum is to share my story as I compete to be the best. And you get to take part with me 🙂

Each week, I’ll pick a day & time and answer your questions. Send them using #HeyStacy . I’ll answer as many as I can. Going to be fun!

That first Q&A is Thursday afternoon, after she finishes up her first round in the Bahamas.

Doing my first Q&A on #twitter at 3pm eastern tomorrow (Thurs), send your questions to #HeyStacy