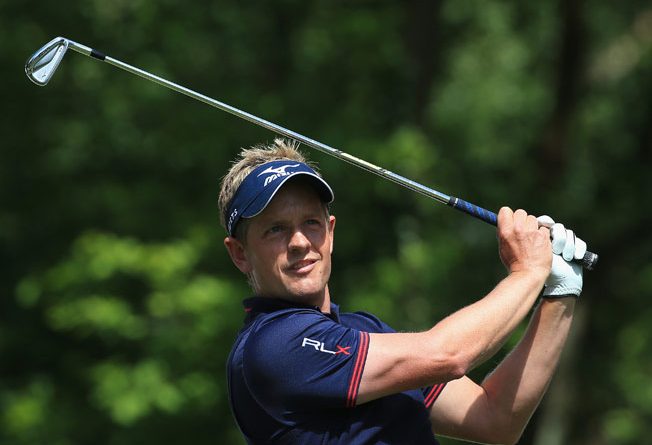 The Luke Donald that currently leads the RBC Heritage through 54 holes is a far cry from the man who held the No. 1 ranking in the world for 56 weeks in 2011-12. While Donald tries to regain that position, the man who currently occupies it — Jason Day — flailed his way to an 8-over par 79 on Saturday at Harbour Town. Donald shot a Saturday 69, 2-under par, to lead by one stroke at 7-under for the week.

While the world seems flipped on its head at the minute, it shouldn’t surprise that Donald is near the lead. The Englishman has finished in the top-3 at the Heritage five of the last seven years. He’s made more than $2.5 million at this tournament alone over the years, but has remarkably never won it. He’ll try to change that tomorrow when he tees off in the final group with Jason Kokrak.


Kokrak, along with Charley Hoffman, sit at 6-under par. Lurking in the pack are Patton Kizzire at 5-under par, Zach Johnson, Branden Grace and Chris Kirk at 4-under and Kevin Na, Bill Haas, Matt Kuchar, Russell Henley and Russell Knox at 3-under par.