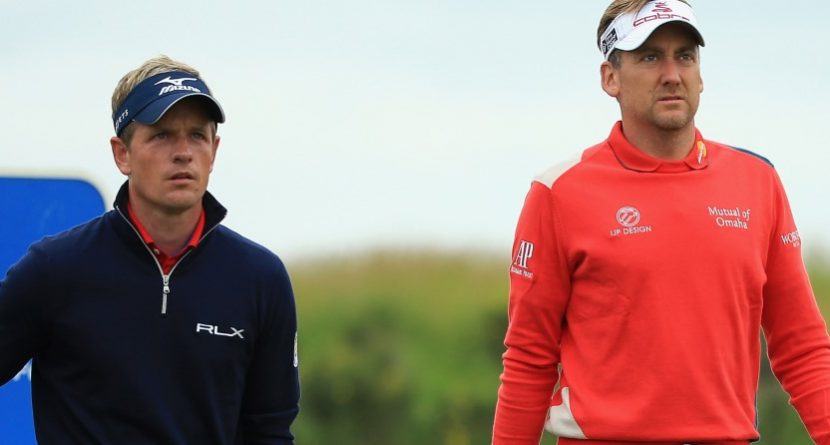 Ian Poulter isn’t really someone you want to mess with on Twitter. He’ll respond, and when he does, he doesn’t really hold back.

But an internet troll is one thing. Luke Donald is another. The Englishman got in a nice little shot on his countryman on Thursday:

Hey @IanJamesPoulter loving the winter IJP line, the tassels are classic, appreciate you sending me it! pic.twitter.com/SgTp3EwSpi

IJP, for those who don’t know, is a reference to Poulter’s clothing line. But if you’re one of Poulter’s 1.5 million followers on Twitter, you’re well aware of IJP Design – he’s been filling up your feed lately with numerous holiday deals.

Wonder if Donald got a good deal on that sweater? We’d say he wins the honor for ugliest sweater: