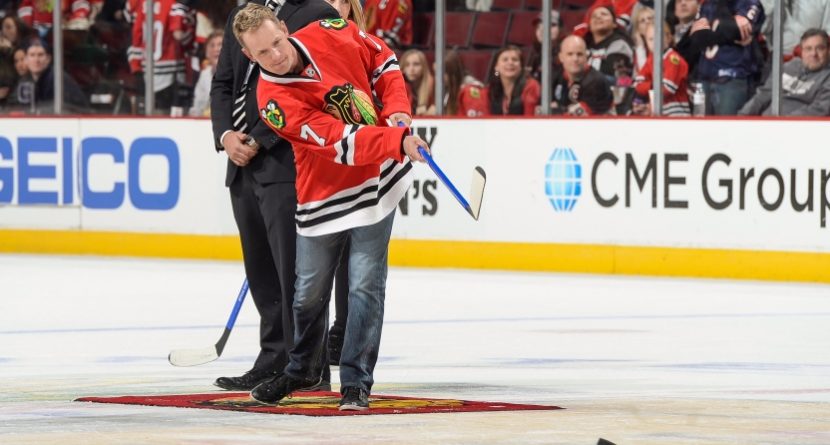 Luke Donald can swing a golf club. Of course he can; he’s the 17th-ranked golfer in the world.

Swinging a hockey stick is a different story, however. The Englishman, who now lives near Chicago, took some shots on goal Sunday night during an intermission at the Blackhawks’ game. He failed to get one in the net. Granted, he was shooting from center ice and attempting to slide a puck through one of three holes – not the easiest of tasks.

Was fun shooting the puck at last nights Hawks game. Thanks @NHLBlackhawks for inviting me onto center ice! pic.twitter.com/LtZZZ0zlbW

Still, not bad for someone who “never really shot a puck,” aside from getting a few minutes of practice the day before. But he’s got nothing on Jason Day, who actually skated with an NHL team. The Aussie took the ice back in October with the Columbus Blue Jackets.