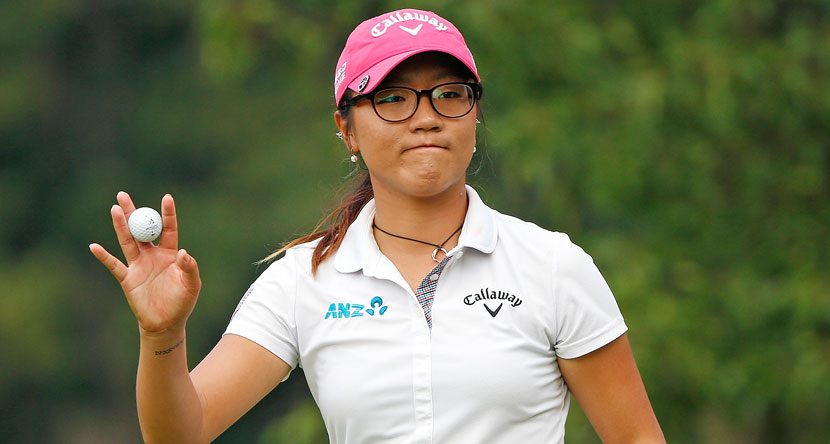 At just 17 years old, Lydia Ko is the youngest millionaire on the LPGA Tour, ever. Four professional wins and more than $1 million in earnings is an accomplishment most teenagers (and adults, for that matter) can only dream of.

Ko received a hefty paycheck of $210,000 on Sunday after winning the Marathon Classic. When asked about the money in a press conference Sunday, Ko joked, “Pretty sure that goes into my mom’s account or something.”

Despite Ko’s impressive, record-setting earnings, she admits she doesn’t think too much about money when she’s golfing.

“When they give you the check I go, ‘Oh, it’s $210,000.’ That’s big money, but when I’m out there I’m thinking about making birdies and hitting good shots and making putts rather than, ‘OK, this putt is going to give me an extra thousand,’” she told reporters.

It’s obvious that she focused on her game this weekend. The 17-year-old went head-to-head with So Yeon Ryu at the end. Ko broke away with a birdie on the 72nd hole, Ryu missed a putt, sending the ladies into a playoff, where Ko emerged victorious.

Plans for the new millionaire? She says, “I’m not going to spend $1 million and buy something like a diamond ring or whatever. Maybe I might get something electronic.”

Ko has a much deserved two weeks off. “I’m excited to relax and stay in my bed and watch TV and not have to put my alarm on at 6:00 to come for an early tee time.”