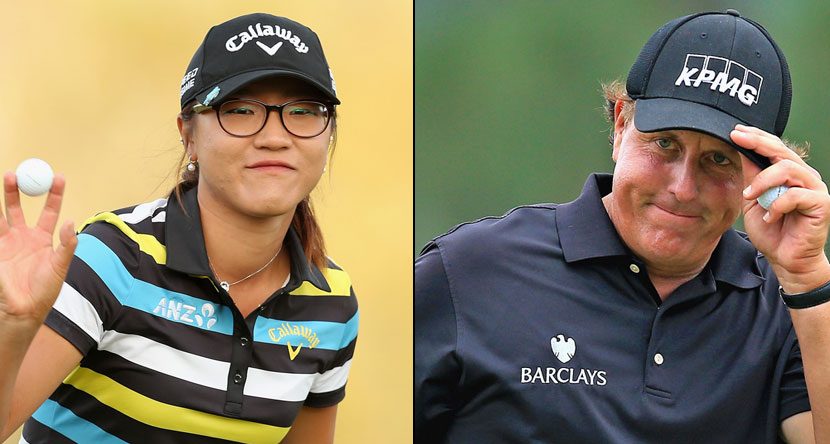 Never before have the men’s and women’s U.S. Open Championships been held on consecutive weeks at the same venue until this year at Pinehurst. Thanks to that, many of the LPGA Tour’s stars were seen warming up next to the men on the range and following them around the course, taking in the action and taking notes on the course.

One of those players was phenom Lydia Ko. “I think I can learn quite a lot,” Ko said in an interview with Golf Digest. “To see the bounces and spin. The men spin it much more. But to see it quite close without playing is quite a good opportunity.”

For Ko, the highlights of the weekend were following fellow Callaway staff member and one of her idols, Phil Mickelson, and talking shop on the range with Sergio Garcia.

The 17-year-old should be in good shape at Pinehurst for a couple reasons: 1) All those notes she was able to take on Sunday, and 2) Her caddie this week. With Jim Furyk taking a well-deserved week off, his looper Mike “Fluff” Cowan will be on the bag for Ko.