Lynn Swann Excited For Role with PGA of America 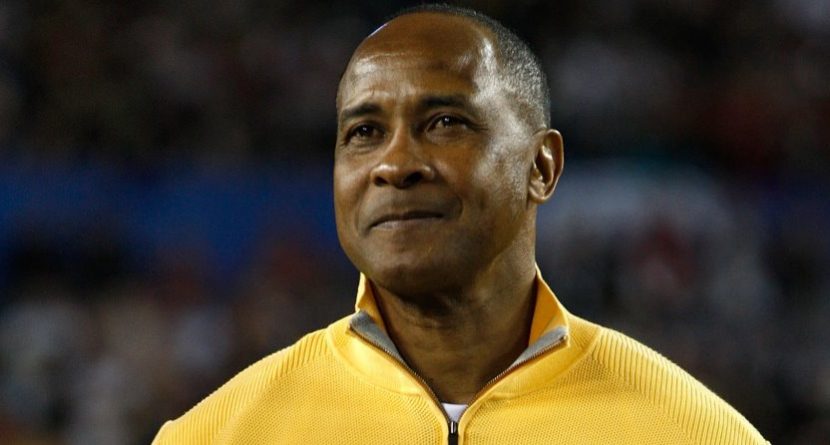 Life for Lynn Swann is not exactly what you’d imagine for a man who is supposedly “retired.” At 61, his calendar is arguably more packed now than it was when he was a star wide receiver for the Pittsburgh Steelers.

And on Saturday, he will add yet another role: Independent Director on the PGA of America Board of Directors. Swann will be sworn in at the 97th PGA Annual Meeting in San Diego, and will serve a three-year term.

A Pro Football Hall of Famer who helped the Steelers win four Super Bowl titles in the ’70s and ’80s, Swann is already on the board of four corporations: Hershey Entertainment & Resorts, Caesar’s Entertainment, Fluor Corporation, and the National Football Foundation. He’s also a trustee for American Homes for Rent, a co-owner of the Pittsburgh Power of the Arena Football League, and the president of Swann, Inc., a marketing and consulting company.

He’s retired only as it pertains to football. “I certainly do have quite a few things to do as it stands,” Swann says. “I wasn’t quite sure whether or not I should make the commitment to (take the role with the PGA of America) because I’m not very good at making a commitment and then not following through with it. I take the time to be involved in the things I do commit myself to.

“So I had to take a good, long look at the requirements and the time put into it. But I felt like I enjoy this game, I’ve enjoyed it quite a bit since I’ve retired from professional football, and would like to help prevent people from making my mistakes.”

By mistakes Swann means that he didn’t know all the rules of golf and didn’t know the etiquette of the game when he first picked it up soon after his football career ended. But friends encouraged him to play, were patient with him when he was “horrible,” and now Swann gets out as often as his schedule allows.

He was such a frequent figure at celebrity and charity golf events that his name popped up in PGA of America discussions when the organization went looking for a new independent director. So the group reached out to Swann, who, after some deliberation, believed he could help with the PGA’s mission and move it forward.

“The role of the independent director is the same as the members of the PGA of America, who are there to really promote the enjoyment and the involvement of the game, and to help grow the game,” Swann says. “And to make sure the golf professionals have the adequate tools they need to continue to move forward and help people who want to actually be good at the game and certainly enjoy it.” Back9Network’s Ahmad Rashad, a friend and former football foe of Swann’s, knows his buddy will be an asset. “Lynn is a great friend and one of the greatest wide receivers to ever play in the NFL,” Rashad said. “A consummate winner in all aspects of life.”

In previous years, Swann has served as the National Spokesman for Big Brothers Big Sisters of America, as Chairman of the President’s Council of Physical Fitness (during the first administration of George W. Bush), and ran for governor of Pennsylvania in 2006. That widespread experience made him an ideal candidate for the PGA of America.

“Lynn’s legendary career of performing on a global stage extends to his expertise in business, where he has connected with leaders of organizations in this country,” said PGA President Ted Bishop in a statement. “We believe that he brings that same invaluable insight and commitment to excellence as a member of the PGA Board of Directors.”

Despite being a member at Sewickley Heights Golf Club in Pennsylvania, and even Augusta National, Swann isn’t able to swing his clubs as much as he’d like. He’s no hacker, and says putting is his strongest aspect, but he hopes to take up the advice he’ll hand out in his new golf role.

“I actually need to spend more time with golf pros if I ever want my game to improve. And that’s one of the things I’d like to correct for people. Anybody who gets into the game, who wants to enjoy the game and take it up, really should spend time with a PGA professional to learn the fundamentals of the game, to learn the etiquette of the game, and the rules of the game, which will make it a much more enjoyable experience for everyone,” he says. “People always say golf takes so much time, but I think when you learn how to play the game correctly, you may not be a great golfer but you can still get around much faster if you understand how the game should be played. Then you’ve got a better chance of being the best golfer you can be because you’ve got these lessons.” Swann plans to start feeling out how he can spread that message as soon as possible.

“I think there are a lot of things the PGA of America can do to help people learn the game, enjoy it, play it and play it for a lifetime,” he says. “But I may just sit down with the membership and get to know all the other directors to get the details of what’s on the agenda to see what I can be helpful with in terms of perpetuating all those things that they’ve done that have already been good, and seeing what I can add and help them change to get better.”

The PGA Board of Directors includes the president, vice president, secretary, honorary president, and 17 directors. Those directors each serve three-year terms and include representatives from each of the PGA’s 14 districts, two Independent Directors and a member of the PGA Tour.